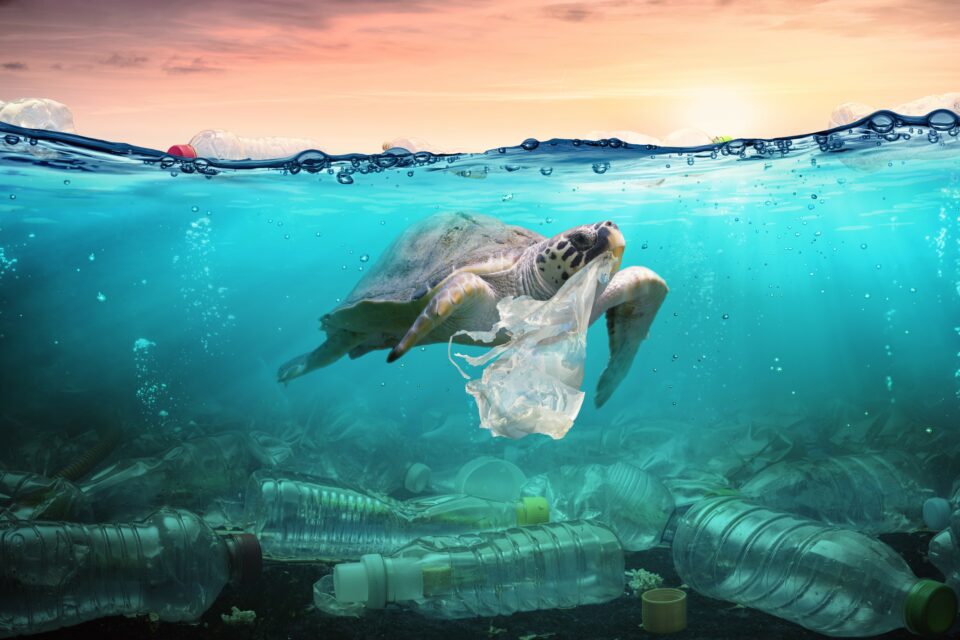 In the past decades the climate change and the plastic pollution crises have competed for public and policy attention. However, the complex interconnections between these two crises have not yet been explored.

A new study led by the Zoological Society of London (ZSL) and Bangor University is the first to investigate the fundamental links between climate change and marine plastic pollution, arguing that they have the same root cause, the overconsumption of finite resources, and that many marine species and ecosystems are vulnerable to both.

Both the impact of climate change and plastic pollution on ocean ecosystems have been widely studied by scientists and policy makers. “Climate change is undoubtedly one of the most critical global threats of our time,” said study co-author Heather Koldewey, a Senior Technical Specialist at ZSL.

“Plastic pollution is also having a global impact, from the top of Mount Everest to the deepest parts of our ocean. Both are having a detrimental effect on ocean biodiversity; with climate change heating ocean temperatures and bleaching coral reefs, to plastic damaging habitats and causing fatalities among marine species.”

However, according to Professor Koldewey and her colleagues, the less studied compounded impact of both crises significantly exacerbates the crisis. “It’s not a case of debating which issue is most important, it’s recognizing that the two crises are interconnected and require joint solutions.”

The research team tracked the ways in which climate change and plastic pollution are connected. During its life cycle, from production to disposal, plastic significantly contributes to greenhouse gas emissions (the plastic production between 2015 and 2020, for instance, was responsible for emitting 56 billion megatons of CO2 in the atmosphere).

Extreme weather associated to climate change further disperses and worsens plastic pollution. These problems are increasingly harming many marine species and ecosystems all over the globe.

“Our study shows that changes are already occurring from both plastic pollution and climate change that are affecting marine organisms across marine ecosystems and food webs, from the smallest plankton to the largest whale,” said study lead author Helen Ford, a PhD student at Bangor University.

“We need to understand how these threats to ocean life will interact as they build and encourage policy-makers to act to address these global threats,” she concluded.