The plastic pollution crisis has reached the Antarctic • Earth.com 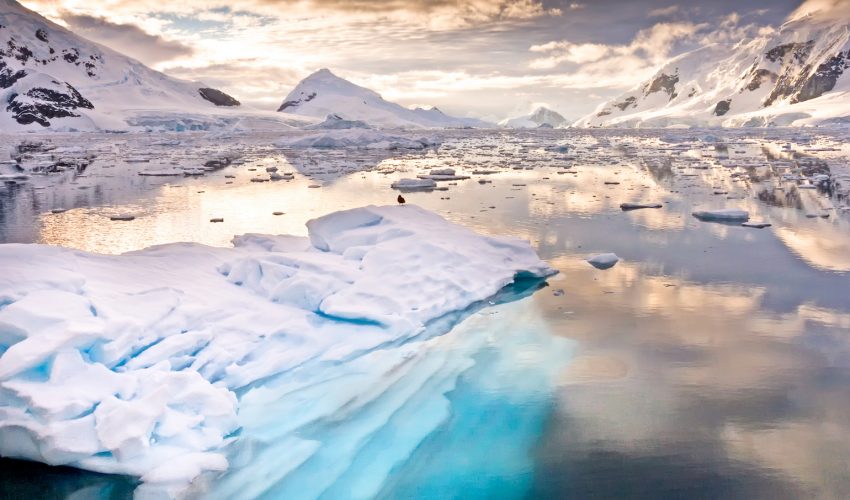 The plastic pollution crisis has reached the Antarctic

The plastic pollution crisis has reached the Antarctic. Plastic pollution has been called the next big environmental crisis, as our love for all things plastic has caused severe ramifications across the world. We only now are just beginning to understand how severe the problem is. As we have reported, plastic particles and debris has been found in isolated, uninhabited areas such as the Galapagos Islands and the Mariana Trench.

During the three-month expedition, researchers tested eight seawater samples for microplastics in targeted areas of Antarctica. The National Oceanic and Atmospheric Administration (NOAA) defines microplastics as “small plastic pieces less than five millimeters long.” While plastic may sound safer in smaller sizes, marine animals can be more likely to eat the small pieces of plastic where it can cause internal damage and release hazardous chemical additives.

Seven of the eight seawater samples had at least one microplastic fiber per liter. The researchers collected eight samples of 2.5 liters of water. One liter in each sample was filtered for microfibers. Possible microfibers caught in the filter were examined using FT-IR microscopy.

In addition to plastic pollution, the researchers found chemical contamination in nearly all of their samples of snow. Polyfluorinated alkylated substances (PFAS) were found at the majority of the 15 sample sites.

According to the Greenpeace report, “PFASs are a group of chemicals widely used in industrial processes and consumer products and have been linked to reproductive and developmental issues in wildlife. The snow samples gathered included freshly fallen snow, suggesting some of the hazardous chemicals were atmospheric and not from a local source. The chemicals are persistent and degrade in nature very slowly.”

The report illustrates the far-reaching and global effects of plastic and chemical contamination. Even remote regions such as the Antarctic Peninsula and Bransfield Strait tested positive for these harmful substances.

Frida Bengtsson, head of Greenpeace’s Protect the Antarctic campaign, sees this study as an opportunity to advocate for the creation of the world’s largest ocean sanctuary around the Antarctic seas.

Bengtsson told The Guardian, “Plastic has now been found in all corners of our oceans, from the Antarctic to the Arctic and at the deepest point of the ocean, the Mariana trench. We need urgent action to reduce the flow of plastic into our seas and we need large-scale marine reserves – like a huge Antarctic ocean sanctuary which over 1.6m people are calling for – to protect marine life and our oceans for future generations.”

The EU proposed the idea for the sanctuary recently and it will be considered in October of this year at a conference of Antarctic nations. The sanctuary will protect the pristine habitat area from overfishing and climate change in addition to plastic pollution by halting industrial fishing and protecting local wildlife.

While the Greenpeace report may help to push the proposal forward and lead to further research in the area, there is still little we know about plastic pollution in the Antarctic.

“In a recent review of the presence of microplastics in polar seas, it is noted that most available data relates to the Arctic, in which the distribution and transport of microplastics has been more intensively studied to date,” the report states.