‘Plasticrust’ is the newest addition to the world’s plastic pollution crisis • Earth.com 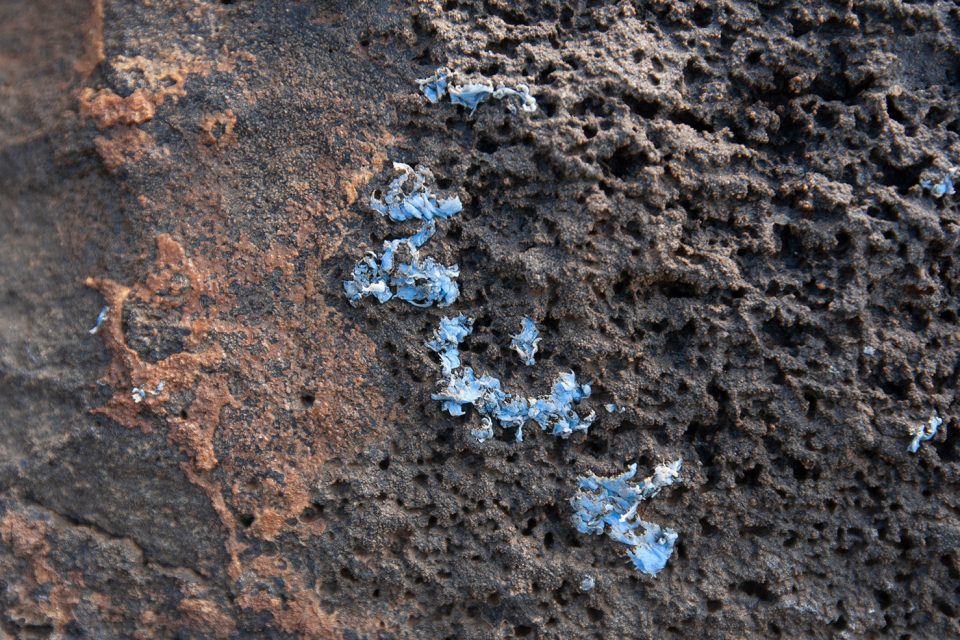 A new kind of plastic pollution has been found on the coast of the Portuguese islands of Madeira.

Researchers from the MARE-Marine and Environmental Research Center first noticed patches of blue and grey plastic encrusted on rocks in 2016. The newly termed “plasticrust,” is visible at low tide and has since spread across the region.

The patches look like blotches of melted plastic, and chemical analysis confirmed that the patches were made of polyethylene, a common plastic used in single-use packaging.

The researchers have monitored the phenomena, and the new form of plastic pollution is discussed in the journal Science of the Total Environment.

Plasticrust is different from the plastic-rock conglomerates that form when melted plastic mixes with sediment.

It’s not known where the plastic came from or why it adhered to the volcanic rocks the way it did. So far, the single patch discovered three years ago now covers 10 percent of the shore of Madeira.

The artificial crust is replacing natural crusts and films, making it difficult for barnacles and snails to adhere to their preferred habitat. Winkle sea snails were abundant on the crusts, but the researchers say that the snails may be unknowingly ingesting plastic as they feed on algae perched on the plasticrust.

“[The crusts] likely originated by the crash of large pieces of plastic against the rocky shore, resulting in plastic crusting the rock in a similar way algae or lichens do,” Ignacio Gestoso, a marine ecologist who first spotted the plasticrust, told Gizmodo.

The study further highlights the world’s plastic crisis as plastic becomes more and more entwined in the ecosystem.

“As a marine ecologist researcher, I would prefer to be reporting other types of findings, and not a paper describing this sad new way of plastic pollution,” Gestoso said. “Unfortunately, the magnitude of the problem is so huge that few places are free of plastic pollution.”