How playing fetch with Fido could actually hurt him • Earth.com 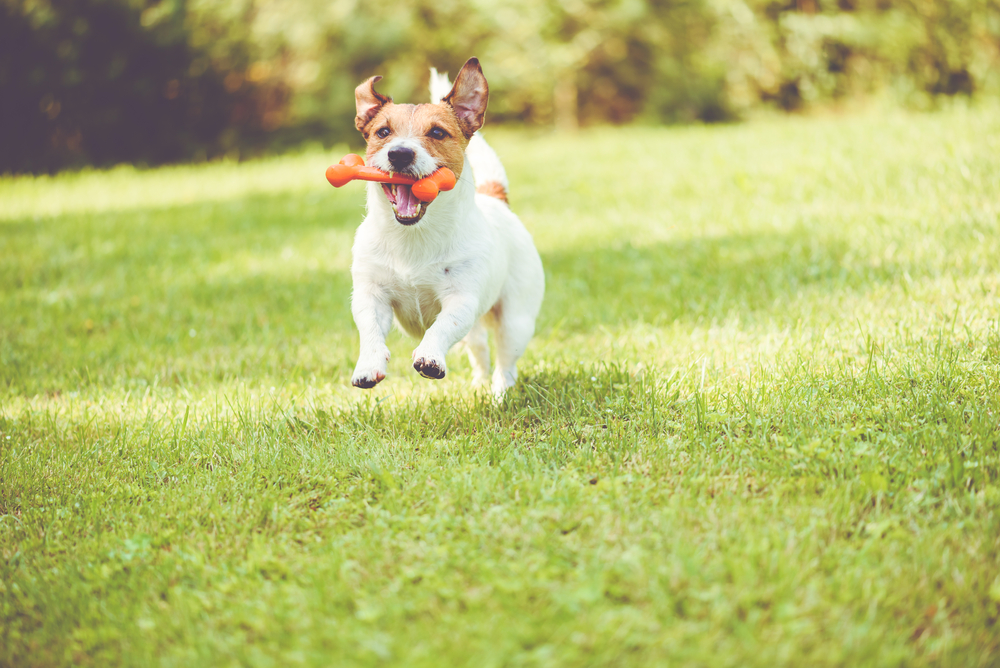 How playing fetch with Fido could actually hurt him

It’s a common scene in parks and backyards everywhere: dog owners throwing frisbees and balls while their canine companions happily chase them down and retrieve them. Common knowledge says that playing fetch is great way to get both humans and doggies outdoors, as well as a great way for both to get exercise. What dog owners may not realize is that this seemingly innocent game of playing fetch poses a real injury risk for their dogs.

The problem lies in dogs retrieving heavy sticks and toys. Experts think this additional weight puts strain on the dog’s neck and front legs and could potentially harm them. Additional strain happens when the dogs reach down to pick up the item because they tilt forward “like a seesaw.”

Even dogs such as retrievers that have traditionally been used to do jobs such as work and hunt can be injured while carrying things. Barbara Bockstahler of the University of Veterinary Medicine in Vienna said that “the additional weight is physically burdensome for them.”

Researchers tested dogs by walking them over a pressure plate with and without various-sized loads in their mouths. They found that when a dog carries a lighter load, 60% of the dog’s weight is placed on its front legs. With a larger load, as much as three-quarters of the dogs weight shifts to its front legs.

“This is comparable to a human holding a weight in his hand, who slightly tilts backwards and therefore shifts his body weight to his heels,” Dr Bockstahler said.

This can cause the joints and tendons of the dog’s legs to be strained. Rather than heavy sticks and treats, experts suggest that dog owners use light toys and tennis balls in games of fetch. The study was published in the journal BMC Veterinary Research.