Pluto could contain an ocean trapped beneath an insulating layer of gas • Earth.com 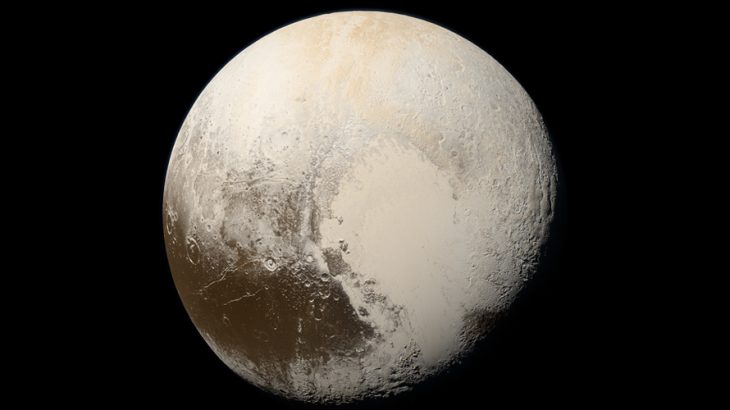 There could be a liquid ocean sitting beneath a layer of insulating gas on the dwarf planet Pluto, according to a new study published in the journal Nature Geoscience.

New Horizons recently made waves as it passed Ultima Thule, a rocky formation dating back to the beginnings of the solar system situated a billion miles from Pluto.

However, just a few years before New Horizons struck out across the farthest reaches of the solar system, the space probe passed by Pluto, sending back stunning images of the frozen dwarf planet and even video footage.

The images revealed a close look at Pluto and its moon as well as some unusual topography on the dwarf planet. A white colored basin called Sputnik Planitia, which measures around the size of Texas, is perplexing because of its location and rugged topography. 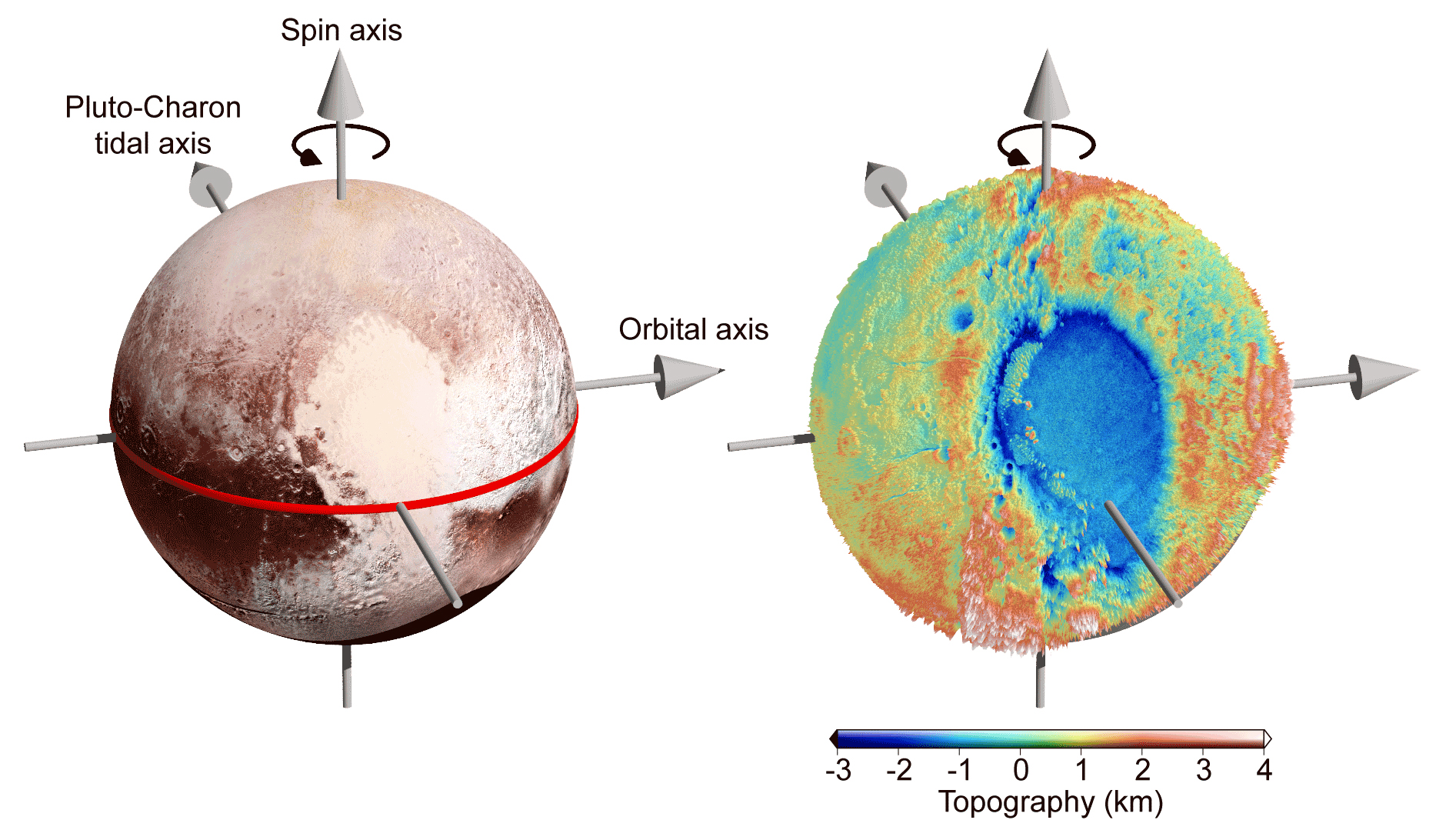 The bright ‘heart’ on Pluto is located near the equator. Its left half is a large basin called Sputnik Planitia. Image Credit: NASA/Johns Hopkins University Applied Physics Laboratory/Southwest Research Institute

This has lead researchers to hypothesize that beneath this bumpy frozen shell sits a subsurface ocean, a hypothesis impossible to reconcile due to the age of Pluto.

In a new study, researchers from several institutes and universities in Japan along with the University of California, Santa Cruz used computer simulations to make sense of the mystifying topography.

Given Pluto’s age, any water on the planet would have frozen long ago leaving behind a slick and flat shell, not the bumpy ridges found on Sputnik Planitia.

The researchers hypothesized that beneath Pluto’s icy surface is an insulating layer of methane gas hydrates, crystalline ice-like solids that could potentially keep a liquid ocean hydrated and warm enough not to freeze.

Computer simulations were used starting at the beginning of the solar system 4.6 billion years to model the formation of Pluto. One scenario included an insulating layer of gas and another left out the gas layer in the planet.

The only way an ocean could still exist beneath Pluto is with the help of an insulation layer, the simulations showed.

If the researchers’ simulations are correct, it could point to the existence of other subsurface oceans on distant frozen objects besides Pluto.

“This could mean there are more oceans in the universe than previously thought, making the existence of extraterrestrial life more plausible,” said Shunichi Kamata, the leader of the research.