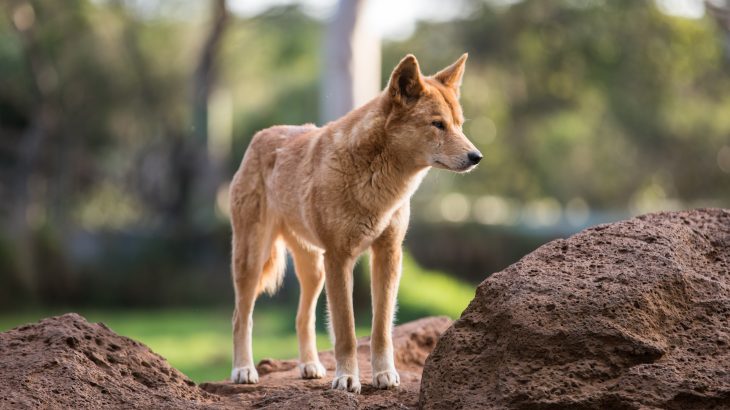 The poison baits that are used in parts of Australia to wipe out dingoes may actually be making the animals larger, according to experts at the University of New South Wales. In recent decades, dingoes have grown up to nine percent larger, but only across regions where poison baiting has been used.

“Skulls from the baited regions grew by about four millimeters since poison baiting was introduced,” said Professor Letnic. “This equates to roughly a kilogram in body mass.”

Study co-author Professor Mathew Crowther explained that dingoes are most likely growing in poison-baited areas because the individuals that survive baiting campaigns have less competition for food.

Professor Crowther pointed out that kangaroos, which are dingoes’ primary prey, have been shown to increase in numbers when dingo populations are suppressed. “With more food in abundance, dingoes’ physical growth is less restricted.”

The pesticide sodium fluoroacetate 1080 is commonly used across Australia to control dingoes and other animals that are considered pests. The white powdery poison is usually stuck into meat baits and dropped into dingo hotspots from helicopters.

Baiting was rolled out in the three study areas – Kalgoorlie, Pilbara and pastoral South Australia – during the 1960s and 70s. By contrast, the experts found that dingoes from the unbaited region had experienced no change in body size.

According to the researchers, this is not the first time a pesticide has been linked to modifications in animals.

“Our interventions have consequences – and they’re actually quite predictable consequences,” said Professor Letnic. “Whatever pressures we put on animal populations – be it pesticides or not – there will be side effects.”

These impacts have usually been observed in invertebrate pests. For example, cockroaches and some other insects are becoming more resistant to insecticides. The current study is one of the first to show that vertebrates are also changing as a result of pesticides.

“Poison baiting campaigns could be favoring the survival of larger dingoes,” said Professor Crowther. “Smaller dingoes need less poison for a lethal dose, so are more likely to be killed by baiting. This leaves the larger dingoes to survive and breed.”

The dose of 1080 dose required to kill a dingoes in baited regions has increased over the years as the animals have gradually increased in size.

“The reaction to this finding may be to add more poison to the baits, or to find a new poison,” said Professor Letnic. “But, eventually, the cycle will start again.”

“Baiting is changing dingoes, so it could be changing other animal populations. Animals respond to human interventions, whether directly or indirectly. The changes could well be adaptive, and we must think about that.”

The study is published in the Biological Journal of the Linnean Society.