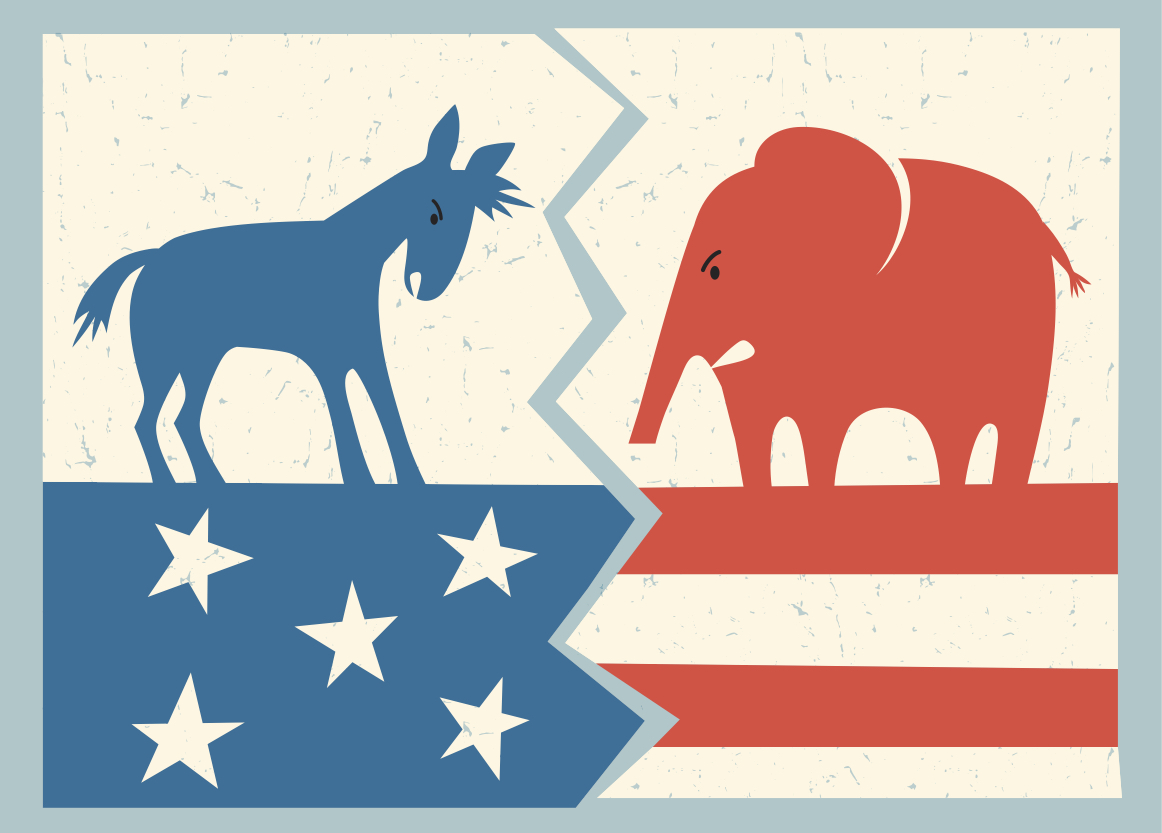 This past year has been a contentious one politically for citizens of the United States, and has affected citizens of other nations around the world. It seems like America’s two biggest political parties – Democrats and Republicans – are further apart ideologically than they have been in quite some time. New neuroeconomics research published in the journal Trends in Cognitive Sciences seeks to shed light on how these differences are influenced in the believe systems of party members, and what some potential solutions may be to bring us all closer together.

Jay Van Bavel, a psychologist at New York University and senior author of the paper, believes that the issue lies with valuing our identity more than our accuracy. This mindset allows us to accept “fake news” that aligns with our political party’s beliefs, and may explain why high-quality news sources are no longer trusted by a large portion of the public.

“Neuroeconomics has started to converge on this understanding of how we calculate value. We’re choosing what matters to us and how to engage with the world, whether that’s which newspaper we pick up in the morning or what we have for breakfast,” explains Van Bavel. “And so we started to think, it’s when our goals to fit in with certain groups are stronger than the goal we have to be accurate that we are more likely to be led astray.”

Van Bavel calls this his identity-base model of belief. Essentially, we assign values to different ideas based on what matters to us most, and then compare those values to decide on what idea we believe to be true. Furthermore, the sense of belonging and self-defining labels that political parties provide can provide us with that much-needed sense of belonging. This all has the potential to matter more to us than accuracy about an issue, which leads us to align more with our party’s views, even if they may be incorrect.

As a consequence, the sources of the information we receive actually have less of an impact. “Having a really high-quality news source doesn’t matter that much if we think the people producing it belong to a different group than us,” says Van Bavel.

The solution for these issues is to try to increase the value of accurate beliefs while also reducing the effects of identity. One of the more simple solutions for increasing the value of truth is to ask people to put money on the line. “When you are in a disagreement, ask your opponent, ‘You wanna bet?’ And then their accuracy motives are increased, and you can see right away whether they were engaging in motivated reasoning. Suddenly $20 is on the line, and they don’t want to be proven wrong,” says Van Bavel.

To reduce the effects of identity, one solution would be to get people to think of themselves as citizens of a nation or the world, rather than as members of a political party. However, we must also be careful about how we engage with people who align with a different political party. “It turns out that if you insult them and publicly criticize them, their identity needs increase, and they become threatened and less concerned about accuracy. You actually need to affirm their identity before you present information that might be contradictory to what they believe,” Van Bavel explains.

Van Bavel is also working on empirical studies that will reaffirm the generalization of these findings to our beliefs. Overall, it’s clear that the political divide in the United States is a complex and delicate issue. While belonging to a political party may help us feel validated and part of a team, it’s much better to think of ourselves as citizens of our country first, and members of a political party second.