Poll: Americans Think Farmers Should Be First In Line For Water During Drought • Earth.com 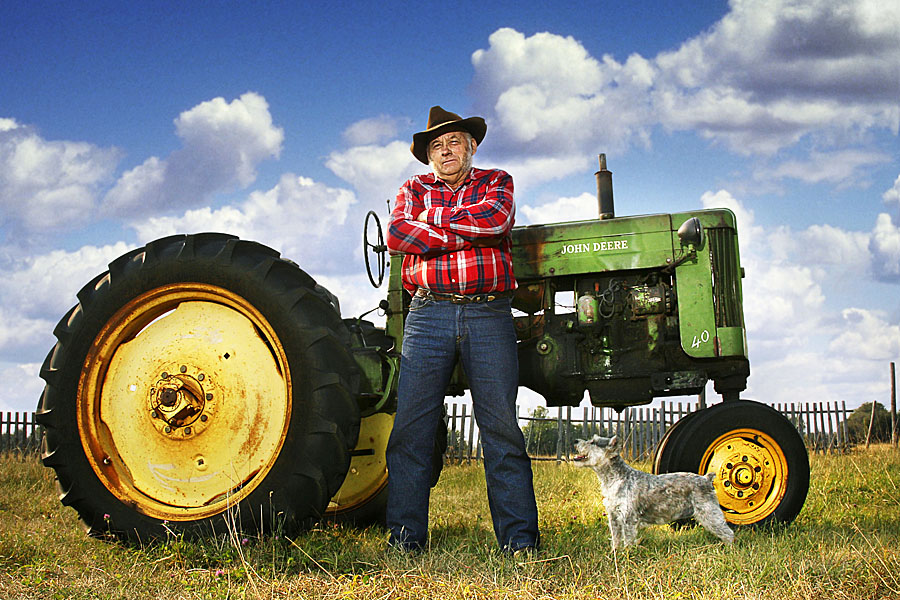 Poll: Americans Think Farmers Should Be First In Line For Water During Drought

When water gets scarce during drought and the government slaps restrictions on its use, who should be first in line at the spigot? Farmers, according to an Associated Press-GfK poll.

The national survey provides a glimpse into how Americans think water should be managed at a time when abnormally dry weather has afflicted swaths of the country, and water shortages in some states have led to conflict over who should get water and how much.

Two-thirds of Americans believe water is a limited resource that can be depleted if people use too much, the poll found, and 70 percent believe that government should restrict how much residents and businesses use when drought takes hold.

When asked to rate the importance of competing needs when water is scarce, 74 percent said agriculture should be a top or high priority, followed by residential needs (66 percent), wildlife and ecosystems (54 percent) and business and industry (42 percent).

To Cheryl Hendricks in parched California, it’s simple: To put food on the table “we rely on agriculture.”

“It’s getting kind of serious when you are not giving water to people who are producing food,” said Hendricks, 63, of Rancho Cucamonga, about 40 miles east of downtown Los Angeles.

She and her husband are taking shorter showers and removing lawn in response to California’s four-year drought, but for growers and ranchers “it’s more important for them to have it.”

The poll’s findings appear to run against criticism of farming practices that demand vast amounts of water. In California, for example, agriculture accounts for 80 percent of all water drawn from rivers, streams and the ground. Producing California’s almond crop consumes more water than all the showering, dish-washing and other indoor household water use of the state’s 39 million people.

The drought has been acute in California, where rainfall has dipped to record lows, reservoirs are depleted and state regulators have ordered conservation from cities, businesses and agriculture. Some communities have been given nine months to cut their use by 36 percent compared to 2013 levels.

Nevada’s Lake Mead, the largest reservoir in the country, is hovering near its historic low water mark and residents in the Las Vegas area have limits on lawn watering. In Oakridge in western Oregon, a community well is 23 feet below normal and restrictions prevent residents from washing cars and filling swimming pools.

“We need to take care of people first – and food,” said William Clarke-Jessimy, 33, from Queens, New York, who thinks homes and agriculture should be favored for water rights.

He’s watched prices spike for California fresh fruits and vegetables in his local markets, and he worries about friends and family in the San Francisco area who are living with the scarcity of water, with no relief in sight.

“It’s really scary,” he said. “They need to find ways to deal with the drought on a long-term basis. I don’t think a lot of people realize how bad it really is.”

Earlier this month, the House passed Republican-backed legislation designed to bring more water to California’s farm belt. Republicans have blamed some cutbacks on environmental regulations designed to protect salmon and the threatened Delta smelt, a three-inch-long fish that is disappearing. California Democratic Sen. Dianne Feinstein has proposed spending $1.3 billion over a decade for reservoirs, desalination projects and water recycling.

There was little variation in regions around the nation in picking top priorities.

The poll also found most Americans – nearly 80 percent – think government should limit developers to building only in places with an adequate, long-term water supply.

The advocacy group Food & Water Watch has urged Gov. Jerry Brown to place a moratorium on groundwater use for irrigating crops in some parts of the heavily farmed San Joaquin Valley. California director Adam Scow said the poll’s findings reflect that people value food production but the group believes “we simply don’t have the water” to support crops in some drought stricken regions.

David Abbott has witnessed the toll in his hometown.

The resident of Winton, California, in the heart of the state’s Central Valley farm belt, has seen fields turn to dusty patches and farm workers end up jobless. Friends’ wells have gone dry.

In California, farmers have seen allocations of water from rivers and reservoirs slashed by government agencies in amounts greater than at any other time in California history, forcing many to tap depleted groundwater sources or buy it at high prices.

Abbott, 27, a part-time college business professor, places home use and the needs of agriculture on about equal footing. For his part, he’s watering less outdoors at home, has changed shower heads to conserve and waits to get a full load of dirty laundry before turning on the washing machine.

“I know it’s hard when we don’t have water,” said Abbott, who lives amid farms and almond orchards. “They say we are going to have a real wet winter, but I don’t think that’s going to be enough.”

The AP-GfK Poll of 1,004 adults was conducted online July 9-13, using a sample drawn from GfK’s probability-based KnowledgePanel, which is designed to be representative of the U.S. population. The margin of sampling error for all respondents is plus or minus 3.4 percentage points.