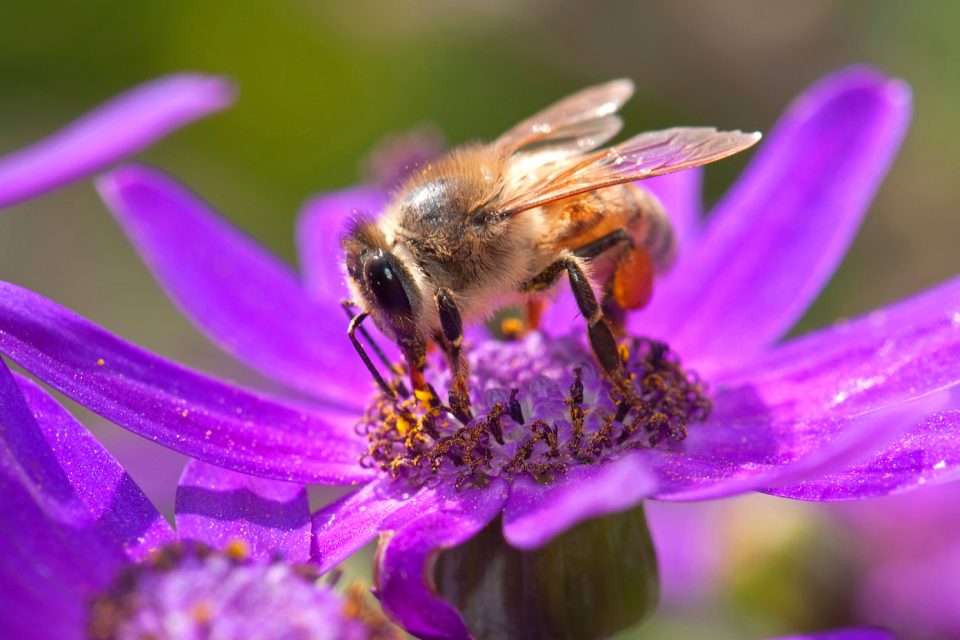 Pollinators and herbivores have very different effects on flower traits

A new study from the American Association for the Advancement of Science shows that pollinators like bees and butterflies promote flower growth whereas harmful herbivores promote the production of offspring via self-pollination.

However, bright-colored flowers also attract harmful herbivores like caterpillars. To protect themselves, plants may give off toxins to ward the herbivores off, but this can affect their floral growth and diminish the amount of pollinators they attract. They then must self-pollinate to produce offspring to stay alive.

This switch, showing the extreme evolutionary adaptations plant must undergo in response to pollinator and herbivore interaction, can happen in just a few generations.

Sergio Ramos and Florian Schiestl from the University of Zurich investigated this rapid adaptation of floral traits, mating, and plant defense in a population of fast-cycling Brassica rapa plants. They split the flower into four separate groups, exposing each one to a varying amount of pollinators and herbivores and allowing the plans to evolve for six generations.