Millions of orange butterflies are speeding across Southern California • Earth.com 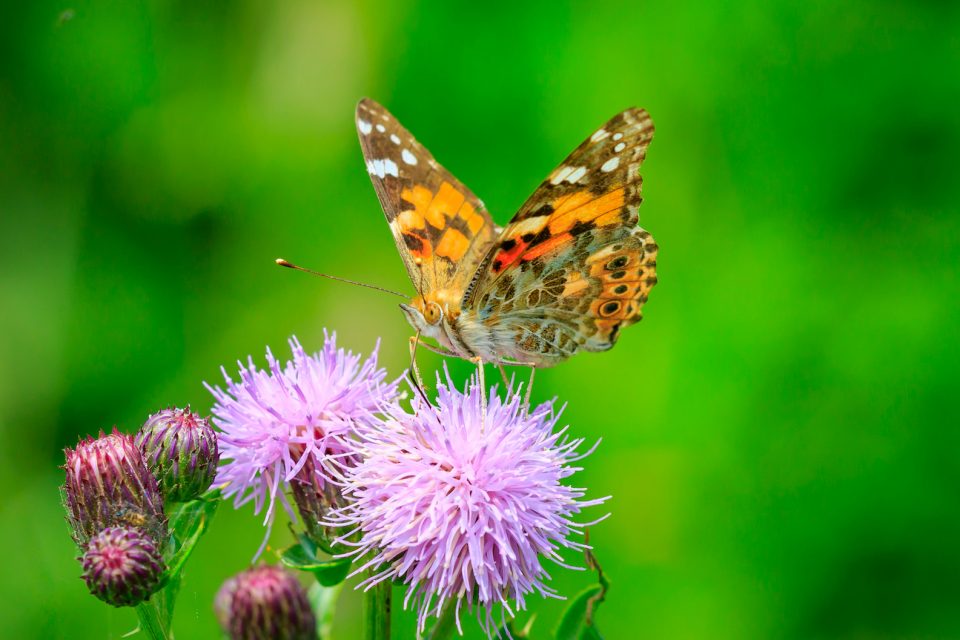 Millions of orange butterflies are speeding across Southern California

Huge swarms of butterflies known as “painted ladies” are captivating audiences in Southern California this month as they make their annual trip to the Pacific Northwest. Scientists estimate that there are millions of the bright orange butterflies making the journey.

Arthur M. Shapiro is a professor of Evolution and Ecology at the University of California, Davis who has studied butterfly migrations in California for more than four decades. Professor Shapiro told the New York Times that rainfall in the deserts near the Mexican border caused plants to thrive, providing the painted lady caterpillars with plenty of food this year.

The butterflies appear to be on a mission as they sail through the air at speeds of up to 25 miles per hour. In fact, they are so determined to reach their destination that they often collide with vehicles, leaving behind a glob of yellow body fat that had been stored up for the long trip.

“The striking thing is they’re moving very rapidly and directionally, so it’s almost like being in a hail of bullets,” said Professor Shapiro.

Monika Moore is a butterfly enthusiast who has a Facebook page called California Butterfly Lady. She described to the New York Times how the swarms of butterflies create a strange flight pattern as they travel close to the ground in a field and then high in the air over a building.

“They’re in a hurry, like the rabbit in ‘Alice in Wonderland,’” said Moore. “They have a very important date.”

According to Professor Shapiro, if the painted ladies were on their normal schedule, they would have arrived in Northern California about a week ago. However, the butterflies seem to be lingering in Southern California. He told the New York Times that the butterflies may have slowed down and reproduced in the region since rainfall and plant growth has been abundant.

While this year’s number is significant, more than a billion butterflies are estimated to have made their way across California in 2005.