One third of wild bees in the UK are suffering declining populations • Earth.com 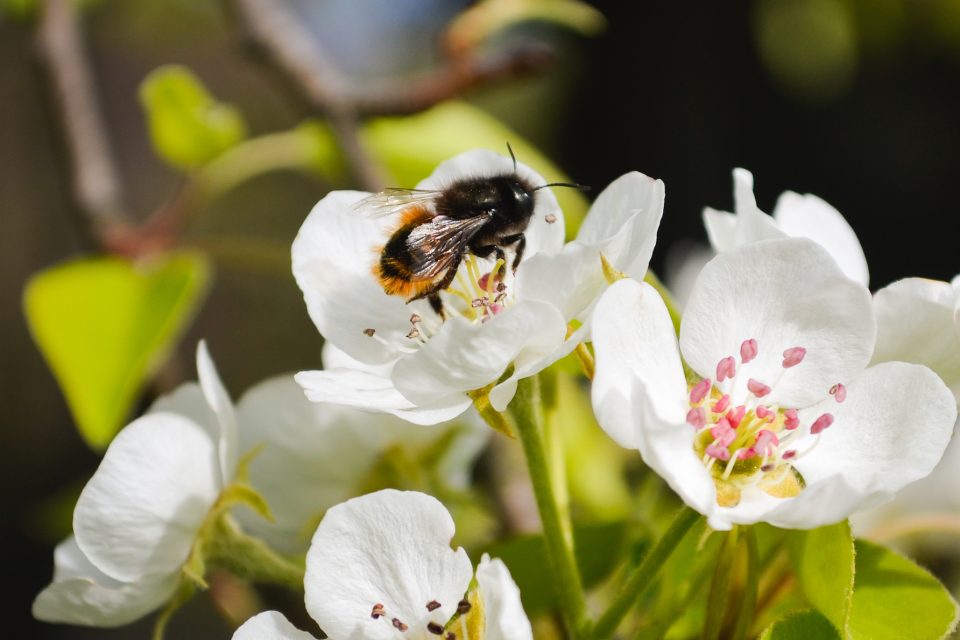 New research has found that one-third of all bee species native to the UK are declining, which could have a huge impact on the country’s agricultural industry.

Populations of both bees and hoverflies, considered key pollinators, are dropping and without pollinators doing their job, crops don’t get pollinated.

Only 34 percent of crop pollination in the UK is done by bees in apiaries which leaves a large majority of pollination for wild bees and hoverflies.

It’s estimated that the economic value of pollinators in the UK is 690 million pounds per year, according to the Daily Mail.

To get a better idea of how severe bee declines have become, researchers reviewed and analyzed 715,392 biological records of bee populations that were collected from citizen scientists between 1980 and 2013.

In that time frame, bees and hoverflies covered 25 percent less geographic area and, in some regions, population declines were recorded between 25 and 55 percent.

Along with these drastic declines, the researchers also noticed a slight increase in some wild bee populations, but these trends were not enough to outweigh the overall trends in species loss.

“In many respects it is a worrying trend, which could have an impact on the UK’s food supply,” Gary Powney, from the Centre of Ecology and Hydrology in Wallingford told the Daily Mail. “A huge proportion of species are decreasing.”

To help slow bee declines, experts recommend leaving a portion of your yard or garden untamed. Flower boxes filled with plants like lavender could also be useful in urban areas where gardens are infeasible due to space restrictions.

“This new paper provides further evidence, were it needed, that our pollinators are in trouble and that the health of our environment and food supply cannot be taken for granted,” Matt Shardlow, chief executive of conservation charity Buglife, told the Daily Mail. “Solitary bees, rare bees and bees, and hoverflies that live in the uplands are in particular trouble and need urgent help.”