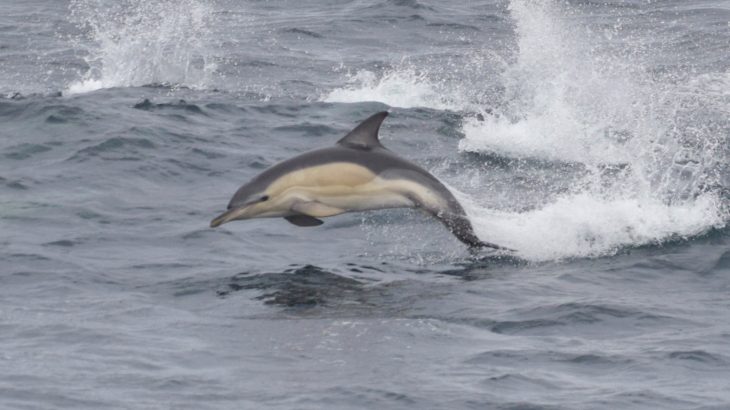 Mercury and other high concentrations of pollutants were discovered in the skin and blubber of bottlenose dolphins that live in the English Channel.

The levels of pollutants are some of the highest ever found in bottlenose dolphins in Europe, according to a new study published in the journal Scientific Reports.

Researchers from the University of Liège in Belgium measured levels of organic pollutants and mercury in the blubber and skin 82 bottlenose dolphins that inhabit the Normanno-Breton Gulf in the English Channel.

In the blubber, the researchers found high concentrations of pollutants from industrial fluids containing chlorine and the pollutants were found in 91 percent of males and 92 percent of females.

High concentrations of mercy in the skin of the dolphins matched mercury levels found in bottlenose dolphins in the Florida Everglades and the Mediterranean Sea.

Even though chlorine-containing pollutants were banned from many countries in the 1970s and 80s, marine biologists are still finding levels of harmful organic pollutants in marine life.

When industrial waste and fertilizer runoff filter into the ocean, the organic pollutants carried with them can dissolve in the fat and oils of marine species like dolphins.

This is why bottlenose dolphins serve as an excellent model for studying pollution because of the build-up of mercury and chlorine in the fatty tissues.

Due to the high levels of mercury and pollutants discovered in the dolphins in the English Channel, the researchers recommend that Normanno-Breton Gulf become a conservation area to ensure that Europe’s largest population of coastal bottlenose dolphins is protected.