Pollution and smoke can have a big impact on cloud formation • Earth.com 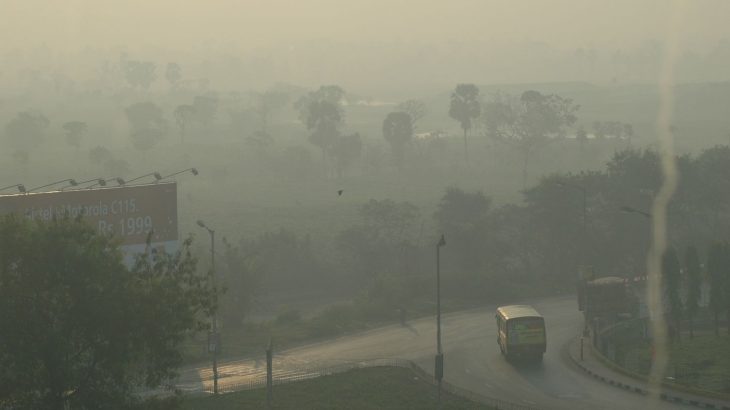 Pollution and smoke can have a big impact on cloud formation

A new study conducted by researchers from the NASA’s Jet Propulsion Laboratory (JPL) shows how air pollution and smoke from human activities affect clouds and rainfall.

The study, published in the journal Nature Communications examines how pollution and smoke impact deep convective clouds like thunderclouds.

The team used observational data from two satellites, the Cloud-Aerosol Lidar and Infrared Pathfinder Satellite Observation (CALIPSO) and CloudSat, which orbited the Earth on the same track very close together.

The satellites offered researchers a unique, in-depth look at pollution levels and cloud formation around the world.

Convective clouds are formed by warm air rising but it was not well understood how human activities like pollution or smoke from wildfires affect precipitation and cloud growth.

That’s where the satellites come in. From 2006 until this year, the CALIPSO and CloudSat orbited the Earth, one measuring aerosols like smoke and pollution while the other measured cloud locations and heights.

The researchers went through the two data sets and chose a specific consecutive five year period to analyze in order to better understand the impact of pollution on cloud formation.

While some aerosols are crucial for cloud formation, too many pollutants can hinder cloud growth.

The researchers also found that because smoke particles block out the sun, preventing moisture from evaporating, it prevents clouds from forming.

Like smoke blocking out the sun, the team also discovered that that high levels of pollution creates a similar atmospheric effect and hinders cloud growth.

The same could not be said for dust particles though, the data showed there was simply too much variation on dust aerosols in the atmosphere depending on the location, and in some places cloud growth benefitted where in others, cloud development was suppressed.

The study helps shed light on the important relationship between human activities and cloud growth and precipitation which could help improve future climate models and provide more incentive to reduce pollution.