Poor communities on river deltas will be hit hard by coastal flooding • Earth.com 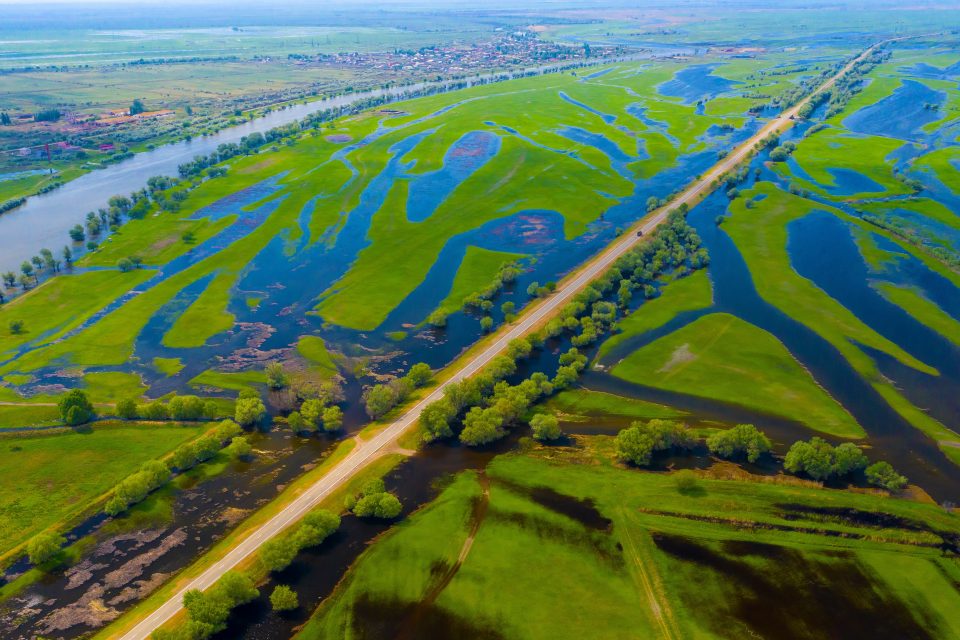 Due to the impacts of climate change, 31 million people living in river deltas have a disproportionately high risk of exposure to flooding, according to a new study from Indiana University. The research reaffirms that some of the most disadvantaged populations are also the most vulnerable to the effects of climate change.

“To date, no one has successfully quantified the global population on river deltas and assessed the cumulative impacts from climate change,” said study lead author Douglas Edmonds.

“Since river deltas have long been recognized as hotspots of population growth, and with increasing impacts from climate change, we realized we needed to properly quantify what the cumulative risks are in river deltas.”

The researchers found that while river deltas occupy 0.5 percent of Earth’s land surface, they contain 4.5 percent of the global population, or 339 million people. River deltas form at the ocean at or below sea level, which makes them extremely vulnerable to the destructive storm surges that are expected to occur more frequently due to the effects of climate change.

The team used a new global dataset to determine how many people live on river deltas and how many are vulnerable to a 100-year storm surge event. The experts also investigated the ability of river deltas in cities like New Orleans and Bangkok to naturally mitigate impacts of climate change.

“River deltas present special challenges for predicting coastal floods that deserve more attention in discussions about the future impacts of climate change,” said study co-author Professor Eduardo Brondizio, who has been working with rural and urban communities in the Amazon delta for 3 decades.

“Our estimates are likely a minimum because the storm surge and flooding models do not account for the compound interactions of the climate impacts, deficient infrastructure, and high population density.”

Beyond the threat of flooding, many of the residents in river deltas are living in low-income areas that are already exposed to pollution, poor housing infrastructure, and limited access to public services.

According to the study, 31 million of the vulnerable residents of river deltas are living in 100-year storm surge floodplains. Furthermore, 92 percent of these at-risk individuals live in developing or underdeveloped economies.

“These communities are already dealing with health risks, lack of sanitation and services, poverty, and exposure to flooding and other environmental risks,” said Professor Brondizio. “Climate change is exacerbating all of these issues and creating more impacts.”

The study showed that decades of engineering have expanded the habitable land area of river deltas, but they have also starved the regions of flood-preventing sediment. If the sediment cannot naturally renew itself, the shorelines will continue to recede and the impacts of storm surges will intensify.

“To effectively prepare for more intense future coastal flooding, we need to reframe it as a problem that disproportionately impacts people on river deltas in developing and least-developed economies,” said Edmonds.

“We need better models for the climate impacts that are capable of stimulating compound flooding in densely populated areas so that exposure and risk can be mapped to more accurately assess risk and vulnerability.”