Poor sleep may hamper the ability to keep weight off • Earth.com 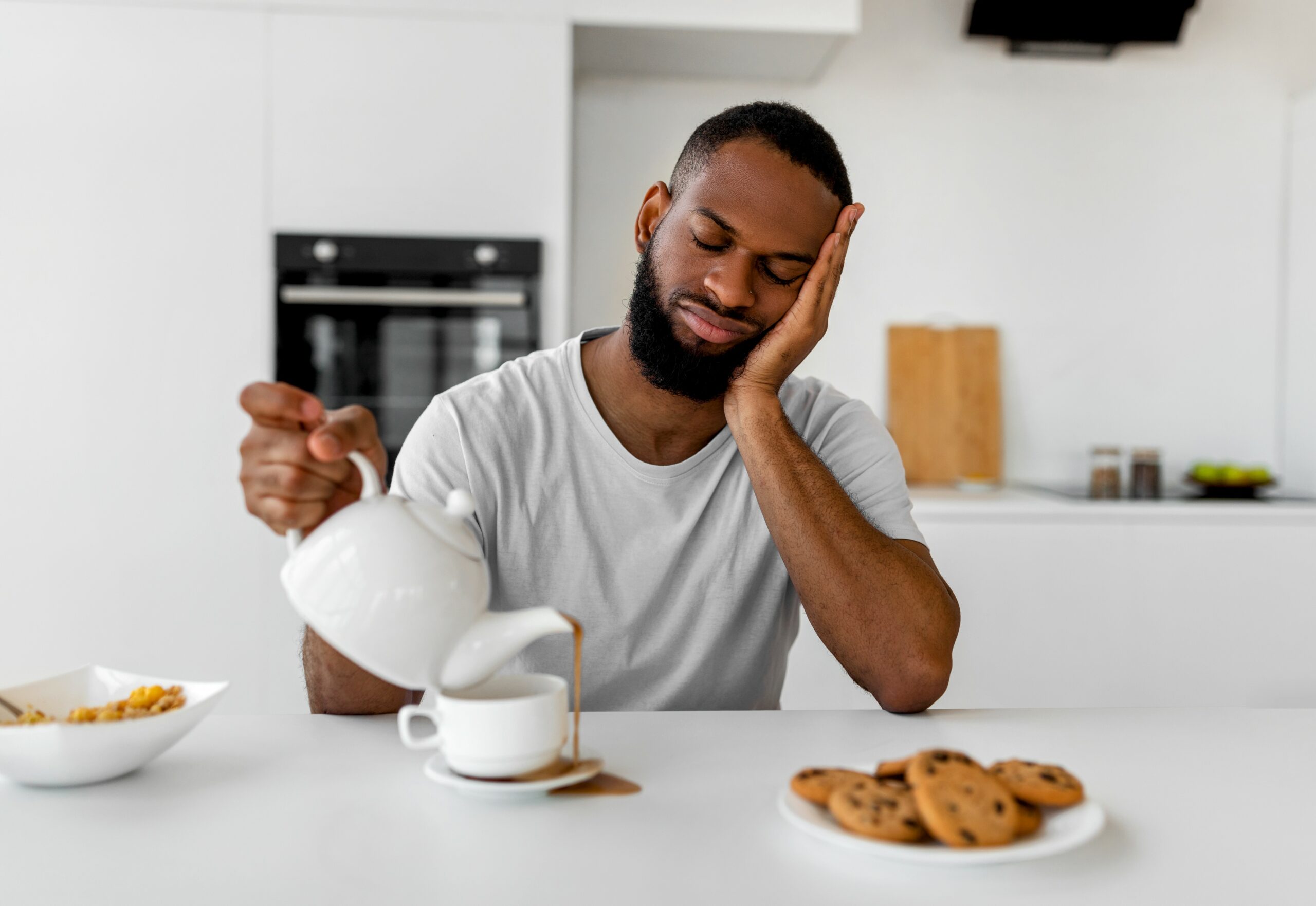 Poor sleep may hamper the ability to keep weight off

Over a third of adults in the United States and United Kingdom don’t get enough sleep on a regular basis, due to reasons related to modern life such as stress, the blurring of work-life boundaries, or the excessive use of electronic devices. Previous studies have shown that sleep disorders can cause a variety of health problems, including cardiovascular disease, diabetes, high cholesterol, atherosclerosis, or obesity. Now, a research team led by the University of Copenhagen has also found that lack of good quality sleep undermines people’s attempts to keep weight off after dieting, and that approximately two hours of vigorous exercise per week could help maintain better sleep.

“It was surprising to see how losing weight in adults with obesity improved sleep duration and quality in such a short time, and how exercising while attempting to keep the weight off preserved improvements in sleep quality,” said study lead author Adrian Bogh, a Master student in Biomedical Sciences at the University of Copenhagen. “Also, it was intriguing that adults who aren’t sleeping enough or getting poor quality sleep after weight loss appear less successful at maintaining weight loss than those with sufficient sleep.”

In order to investigate the relation between sleep patterns and weight, the scientists enrolled 195 adults 18 to 65 years old with obesity who followed a low-calorie diet for two months, and lost an average of 12 percent of their body weight. Afterwards, the patients were followed for one year to assess how various factors – including a weight-loss drug, a placebo, and four sessions of exercise per week – influenced weight loss maintenance. Sleep duration was measured using data from accelerometers worn by the participants, while sleep quality was assessed through a qualitative self-rated questionnaire.

The scientists found that, after the two months low-calorie diet, both sleep duration and quality improved in all participants. However, after one year, participants in the exercise group managed to maintain the sleep improvements achieved from a low-calorie diet, while non-exercise groups relapsed. Moreover, individuals who slept less than six hours per night or had lower quality sleep at the start of the study gained more weight during the follow-up year than those who slept longer or better.

“Future research examining possible ways of improving sleep in adults with obesity will be an important next step to limit weight regain. Weight loss maintained with exercise seems promising in improving sleep,” she concluded.

The study will be presented at this year’s European Congress on Obesity (ECO) in Maastricht, Netherlands (4-7 May, 2022).