Poor sleep quality could be an early indicator of Alzheimer’s • Earth.com 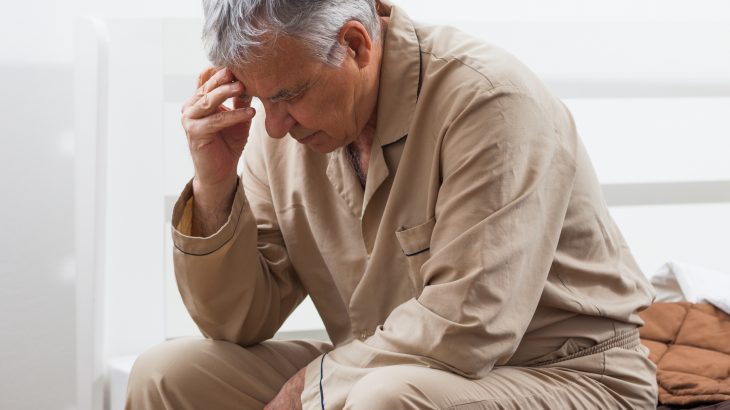 Poor sleep quality could be an early indicator of Alzheimer’s

Poor sleep quality is a symptom of Alzheimer’s disease, an irreversible disorder that impairs cognitive function and memory and a leading cause of death in the United States, according to the National Institute on Aging.

But finding early indicators can help with preventive treatment measures that slow the rates of cognitive decline.

Now, a new study conducted by researchers from the Washington University School of Medicine in St. Louis offers fresh insight on the links between sleep and Alzheimer’s and could pave the way for new methods for identifying early signs of the disease.

The researchers found that older people who have low qualities of sleep have higher levels of a brain protein called tau.

“Measuring how people sleep may be a noninvasive way to screen for Alzheimer’s disease before or just as people begin to develop problems with memory and thinking,” said Brendan Lucey, the first author of the study.

The study was published in the journal Science Translational Medicine.

Brain deterioration due to Alzheimer’s is a slow and silent process, and changes can start years before any visible symptoms of cognitive decline or mental impairment as plaque starts to build up in the brain. Increases in tau and brain atrophy show up during the later stages of the disease.

20 percent of the participants had mild signs of mental impairments, and the rest had normal cognitive abilities.

Participants were asked to record sleep logs and write down how many hours they slept during the day and night. EEG monitors recorded sleep quality at night and sensors also tracked movements while the participants slept.

The researchers analyzed brain scans and spinal tap fluid to measure amyloid beta and tau levels in the brains of the participants.

The results of the study show that an increase in tau levels correlated with poor sleep quality and fewer hours were spent in slow wave sleep for some of the participants.

“What’s interesting is that we saw this inverse relationship between decreased slow-wave sleep and more tau protein in people who were either cognitively normal or very mildly impaired, meaning that reduced slow-wave activity may be a marker for the transition between normal and impaired,” said Lucey.

The researchers note that the study does not suggest that sleep monitoring replace other methods of detecting Alzheimer’s, but examining sleep quality in older patients could be an easy way to help screen for Alzheimer’s and mental impairment.

“I don’t expect sleep monitoring to replace brain scans or cerebrospinal fluid analysis for identifying early signs of Alzheimer’s disease, but it could supplement them,” said Lucey. “It’s something that could be easily followed over time, and if someone’s sleep habits start changing, that could be a sign for doctors to take a closer look at what might be going on in their brains.”