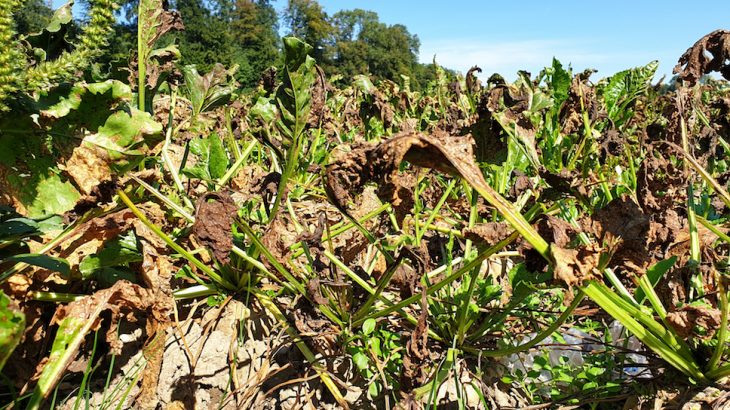 In a feature written for Time Magazine, Vanderbilt University Professor Amanda Little describes the grim reality of a booming human population that faces severe climate-related threats to the global food supply. The symptoms of climate change, such as rising temperatures and extreme weather events, are sabotaging the land and crops that feed the world.

“For most of us, this still feels like an abstract problem,” writes Professor Little. “The industrialized world on the whole is enjoying a more abundant, diverse and accessible food supply than ever before in human history.”

“But disruptions in supply are already evident almost everywhere food is grown. Last month, the heat wave that swept Europe scorched old vineyards and new cornfields alike. When Bordeaux reached a record 106 degrees Fahrenheit, France’s Minister of Agriculture said the country’s coveted wine production would decline up to 13 percent in 2019. The soy and corn farmers in the American Midwest, meanwhile, faced a very different problem: sodden fields from unusually heavy spring rains were too wet to plant, resulting in billions of dollars of lost crops.”

A recent report from the Intergovernmental Panel on Climate Change (IPCC) highlights the urgent need to dismantle the current food production system, which is a major contributor to its own demise. The massive team of 107 experts in 52 countries found that the entire food production system, including transportation and packaging, accounts for up to 37 percent of the world’s greenhouse gas emissions.

The study suggests that added pressure on land and water resources, such as changes in population growth and food consumption patterns, will have dire consequences for the global food supply. Storms, drought, and other extreme weather events will further strain worldwide food production. In this vicious cycle, food will become less available, more expensive, and less nutritious.

To avoid a climate catastrophe, the scientists are calling for better land use, the reduction of food waste, and a dietary shift away from meat-based foods to become immediate priorities.

Through her research, Professor Little has found that all hope is not lost for the future of global food security. She states that “farmers, scientists, activists, and engineers the world over are radically rethinking food production.”

“I learned through research in more than a dozen countries and as many states that human innovation, which marries new and old approaches to food production and land management, can build climate resilience and redefine sustainable food on a grand scale.”