The US cities more vulnerable to climate change may be the least prepared • Earth.com 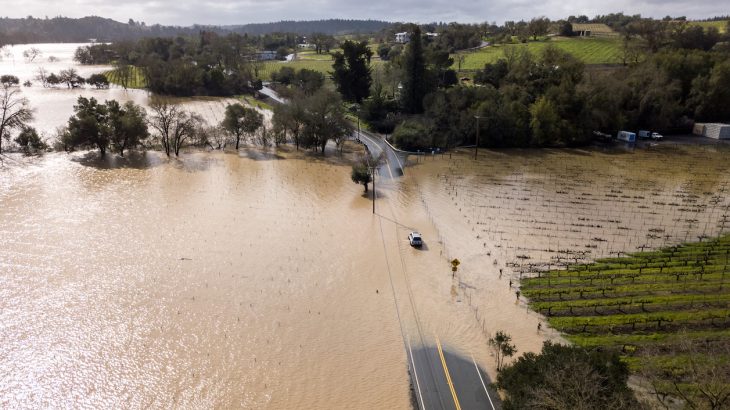 The damaging consequences of climate change will affect different regions of the United States based not only on a city’s geographic location, but also on its level of preparedness to face extreme weather events.

According to research from Clever Real Estate, the U.S. cities that are the most vulnerable to the impacts of climate change are also the least prepared for them.

Santa Ana, California, for example, was found to have the highest risk of a climate-related disaster in the country. At the same time, Santa Ana was ranked among the top five cities with the lowest degree of preparedness.

Based on data from the Notre Dame Global Adaptation Initiative (ND-GAIN), the researchers ranked the 100 most populated cities in terms of their risk and readiness for extreme climate events, including sea-level rise, flooding, heat, and drought.

There were some cities, such as Hialeah, Florida, that ranked in the top five riskiest areas for multiple climate disasters. The real estate group recommends that anyone who is considering a move to one of the more threatened regions of the country should be aware of these types of risks in advance.

The study also pinpointed cities that are less threatened by extreme weather and that are more adaptable to changing climate conditions, including Seattle, Washington.

Overall, coastal cities had the highest risk scores for climate change-related hazards. Sea-level rise was found to threaten cities on the east coast and the Gulf coast more than cities on the west coast.

In Florida and the Midwest, heat waves are the biggest threat, while California and Texas are the most susceptible to flooding. Warmer states will be hit the hardest by extreme cold events due to a lack of the necessary infrastructure.

“Echoing the report of ND-GAIN, these results are not intended to herald the coming apocalypse, but rather to uncover hidden vulnerabilities and encourage a collective proactive response,” wrote the study authors.

“While we cannot stop climate change, we can adapt to it by taking precautionary measures and educating the general public about the coming risks.”

The full report from Clever can be found here.