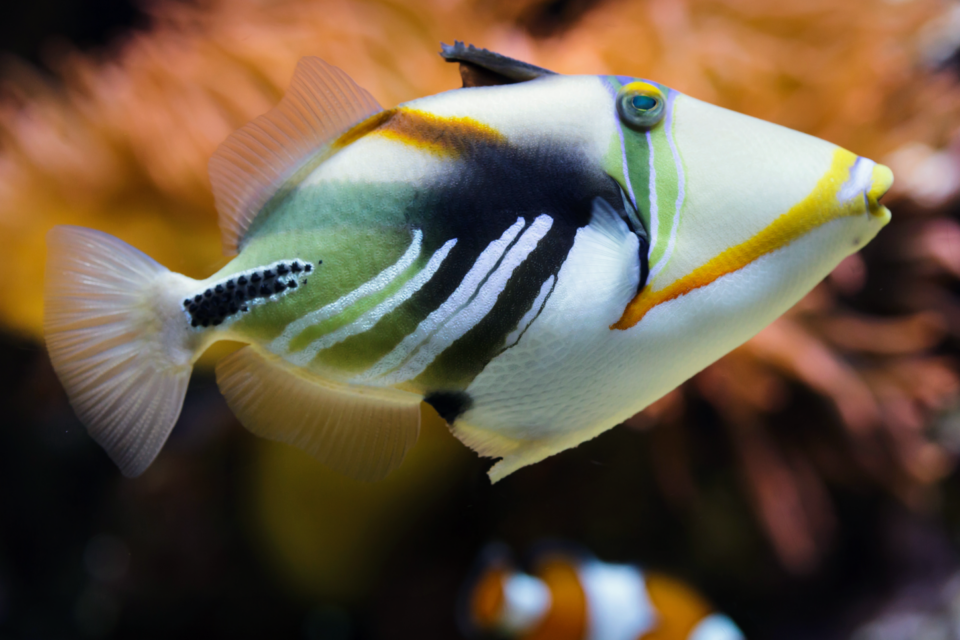 Ectothermic animals do not maintain a constant body temperature but, instead, have variable temperatures that largely reflect the ambient temperature of their surroundings. This often makes them dependent on environmental warmth for their metabolic functioning. In warmer conditions, their metabolic rates increase and they become more active and soon need to consume more food in order to support themselves.

Scientists from the Smithsonian Institute and Temple University have now conducted a study to establish experimentally whether marine predatory fish are more active and voracious in the warmer oceans of the world, and what the possible consequences of this may be for marine food webs that have existed for millennia but that now face ocean warming.

“It’s taken thousands of years to get to this state, and then suddenly we’re ramping up the temperature at a much higher rate,” said Gail Ashton, lead author of the report and marine biologist with the Smithsonian Environmental Research Center (SERC). “And we don’t really know the implications of that temperature increase.”

Although it seems obvious that predators in tropical waters will be more active and have higher metabolic rates, past research on this topic has led to conflicting findings. And very few studies have tackled the question of how increased predator activity affects prey communities. These are very pertinent issues, given the gradual increases in ocean temperatures measured throughout the world.

“Warmer waters tend to favor animals high in the food chain, which become more active and need more food – and it’s their prey who pay for that increased activity,” said co-author Emmett Duffy, director of the Smithsonian’s Marine Global Earth Observatory network (MarineGEO). “This suggests that warming seas could see big shifts in the life of sensitive seabed habitats.”

In order to investigate these issues, the researchers set up experimental sites, with international partners, at 36 locations along the Atlantic and Pacific coasts of the Americas. The sites spanned from Alaska in the north to Tierra de Fuego, at the southernmost tip of South America. At each site, the researchers performed the same three experiments on predators and prey.

The first experiment involved attracting predatory fish to bait stations using “squid pops.” Designed by Duffy and the MarineGEO team, squid pops resembled cake pops at coffee shops. They consisted of pieces of dried squid that were attached to a stake and left under water for an hour, after which the researchers checked how many baits had been devoured. The results of this experiment confirmed that predation was more intense at warmer sites while it dropped to near zero where the water was cold (below 68oF or 20oC).

“This temperature threshold represents an ecological tipping point in these coastal marine ecosystems, above which predation intensity increases,” said Amy Freestone, co-author and associate professor of biology at Temple University. “With climate change, more coastal waters will exceed this tipping point, or warm even further, fundamentally changing how these ecosystems function.”

In the second experiment, the researchers tried to quantify the effects of hungrier predators on some of their prey species. They looked at the stationary underwater invertebrates that fish like to feast on, like tunicates and bryozoans, and measured their rates of colonization and growth on underwater plastic panels for three months. Some of the panels were covered by protective cages that allowed normal water circulation but kept the predators out, while other panels were left exposed.

In a final experimental procedure, an entire set of panels was protected from predators for 10 weeks, by means of cages. After this time, half of the panels were uncaged and the prey communities left exposed for the following two weeks, while the other half of the panels remained protected.

The results, published in the journal Science, showed that in warmer water, the more voracious appetites of predatory fish had significant impacts on the prey communities. Total prey biomass plunged in the tropics when prey were left unprotected. But in the coldest zones, protecting prey from predators made little difference, suggesting that predators did not have as much of an impact in these conditions.

“We knew from previous work in Panama that predation in the neotropics can be intense,” said Mark Torchin, co-author and marine ecologist with the Smithsonian Tropical Research Institute in Panama. “However, working with our colleagues across the Americas allowed us to test the generality of this and to evaluate how the effects of predation change in colder environments.”

In addition, the researchers found that predation changed the structure of prey communities in their experiments. Predators liked eating solitary, bottle-shaped tunicates (“sea squirts”), so those prey suffered major losses in the tropics when left unprotected. Meanwhile, encrusting bryozoans (“moss animals”) flourished in the newly freed space as fish largely left them alone. Tunicates are prolific filterers of seawater and provide microhabitats for other organisms to become established. Bryozoans do not do this as effectively, meaning that such a change in community structure is likely to result in changes in biodiversity as well.

“As predation changes, some species will be winners and some will be losers,” said co-author Greg Ruiz, head of SERC’s Marine Invasions Research Lab. “Some will be defended; others will be vulnerable. But we don’t know exactly how that will play out.”

The findings of the study indicate that, as ocean waters warm, changes in the activity of predators can be expected to bring about changes in the communities of prey species. However, the nature of the changes that may take place in equatorial waters, which are already the warmest in the world, can only be guessed at, as these locations experience temperatures that rise even higher than what we see today.

“We don’t really know what might happen in the tropics, because we don’t have data from those warmer temperatures,” Ashton said.