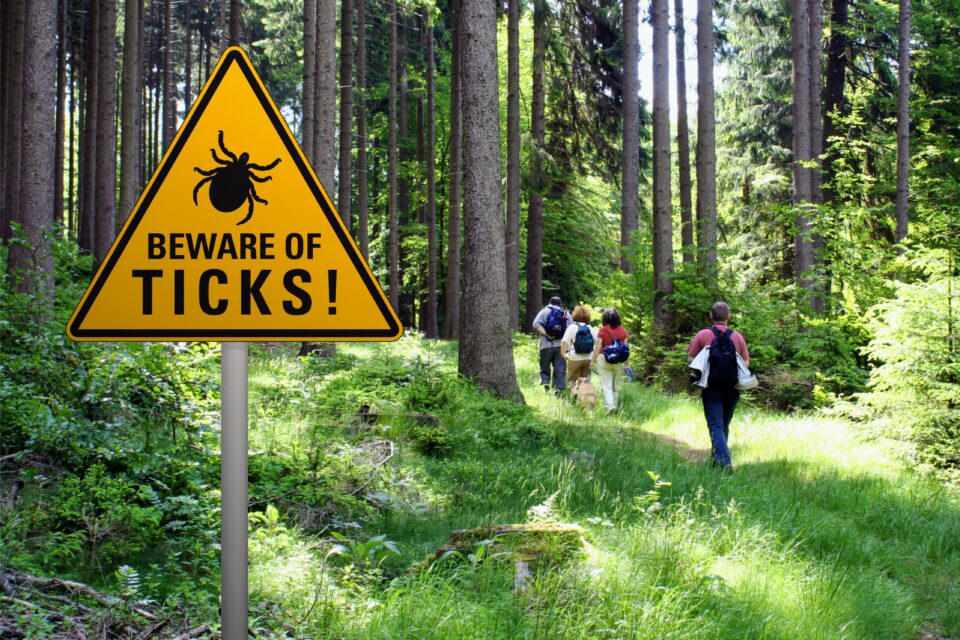 Tick bites transmit Lyme disease, which is primarily caused by the bacterium Borrelia burgdorferi. However, knowing where these ticks live does not necessarily mean that scientists can predict the spread of this disease in humans, since transmission patterns are also determined by human behavior and the habits of the pathogen’s carriers.

According to a new study led by the University of California, Santa Barbara though, the ecology of the small mammals upon which the ticks feed could explain rates of human Lyme disease, at least in California. These findings suggest that scientists and health officials may be able to predict future disease risk by studying the response of these animals and their tick parasites to changes in climate and land use.

“This study is unique because it tries to quantify the links connecting climate to mammals to ticks to humans, which requires different types of data, research techniques, and academic backgrounds,” said study co-author Sam Sambado, a doctoral student in Ecology and Evolution at UC Santa Barbara.

Scientists have long known that, although Lyme disease is transmitted through tick bites, the ticks are not born with the bacterium, but instead contract it by feeding on an infected host, which serves as a reservoir for the pathogen.

By using geo-referenced locations where infected ticks had been collected across California and employing machine learning algorithms to correlate tick infection rates with different environmental factors, the researchers found that small mammals are most likely to acquire and transmit the bacteria to uninfected ticks. By contrast, large mammals do not appear to build up significant pathogen levels, and reptiles’ immune systems may even easily kill the bacteria.

The analysis revealed a clear link between infected ticks and one of their frequent hosts. “The most important predictor, by far, of B. burgdorferi in ticks is the ecology of dusky-footed woodrats,” said study lead author Andrew MacDonald, an assistant professor of Global Change and Disease Ecology at UC Santa Barbara. “This species acquires infection from ticks easily, and it transmits infection to new ticks easily as well.” While western grey squirrels are also reservoirs for the bacteria, it is not to the same extent as the woodrats.

This strong connection between Lyme disease ecology and epidemiology in California suggests that scientists in the Western U.S. can focus on ecology to better understand how human disease is likely to change in the future. “Stressors like climate and land-use change are altering entire ecosystems, but impacting individual species at different rates. Understanding what creates these differences will be an important challenge for all researchers, especially those working in multi-species systems like Lyme disease,” Sambado concluded.