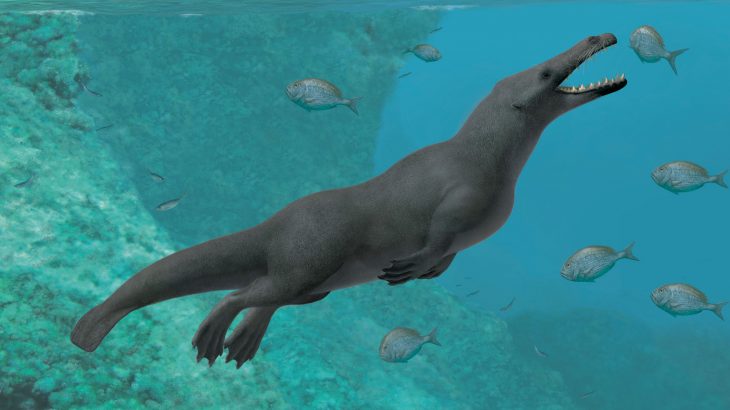 Researchers have unearthed a 42.6 million-year-old four-legged whale from ancient marine sediments on the coast of Peru. This prehistoric cetacean ancestor has shed new light on how whales evolved and dispersed themselves throughout the world. Their discovery was published April 4th in Current Biology.

Scientists have known that whales and dolphins originated in south Asia about 50 million years ago. Back then, their predecessor was small and walked on four hoofed legs. This newly-discovered creature displays hoofs at the tips of the whale’s “fingers” and “toes” as well as its hip and limb morphology. Because of this, researchers believe this animal could walk on land, however, the webbed appendages and otter-like tail suggest that the creature was most likely an excellent swimmer.

“This is the first indisputable record of a quadrupedal whale skeleton for the whole Pacific Ocean, probably the oldest for the Americas, and the most complete outside India and Pakistan,” said Olivier Lambert of the Royal Belgian Institute of Natural Sciences. “When digging around the outcropping bones, we quickly realized that this was the skeleton of a quadrupedal whale, with both forelimbs and hind limbs.” 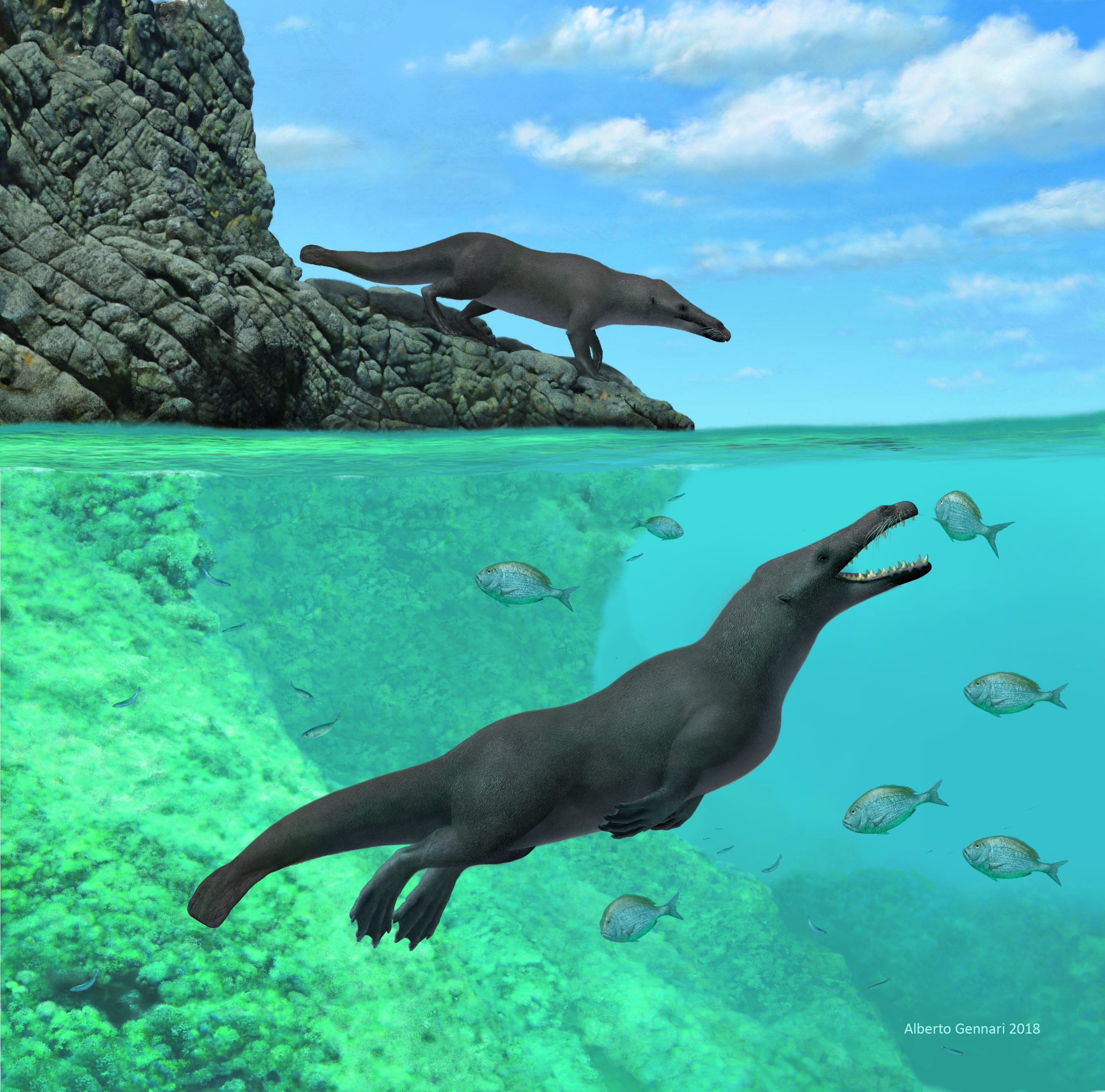 Lambert and his fellow excavators began their dig at Peru’s Playa Media Luna in 2011. They’ve since named their discovery Peregocetus pacificus, which means “the traveling whale that reached the Pacific.”

Because the Peregocetus pacificus was found in Peru, researchers believe that cetaceans traveled to the New World via the South Atlantic, beginning in the western coast of Africa and landing in South America. The whale ancestors would have had massive help from the westward surface currents and by the fact that the land masses were not as far away back then than they are today.From South America, the whales most likely migrated north to North America.

“We will keep searching in localities with layers as ancient, and even more ancient, than the ones of Playa Media Luna, so older amphibious cetaceans may be discovered in the future,” Lambert concluded.