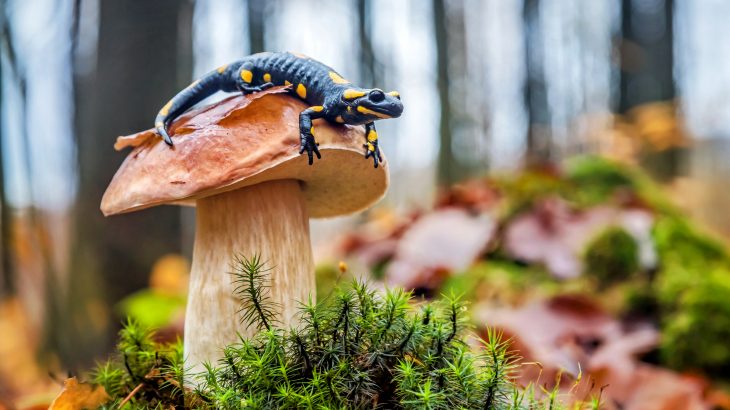 A new study from the Cary Institute of Ecosystem Studies describes how wildlife diversity helps to protect human health. The experts report that restoring and preserving nature is critical for preventing future pandemics.

The researchers note that a growing collection of evidence suggests that biodiversity loss increases our exposure to both new and established zoonotic pathogens.

“There’s a persistent myth that wild areas with high levels of biodiversity are hotspots for disease. More animal diversity must equal more dangerous pathogens. But this turns out to be wrong. Biodiversity isn’t a threat to us, it’s actually protecting us from the species most likely to make us sick,” explained study lead author Professor Felicia Keesing.

Zoonotic diseases like COVID-19 and Ebola are caused by pathogens that can jump from animals to humans. However, animal species vary in their ability to pass along infectious pathogens.

“Research is mounting that species that thrive in developed and degraded landscapes are often much more efficient at harboring pathogens and transmitting them to people,” said study co-author and disease ecologist Rick Ostfeld.

“In less-disturbed landscapes with more animal diversity, these risky reservoirs are less abundant and biodiversity has a protective effect.”

The mammals that are mostly likely to pass along infectious pathogens to humans include rodents, bats, primates, and carnivores. “The next emerging pathogen is far more likely to come from a rat than a rhino,” said the researchers.

This is because animals with fast life histories tend to be more efficient at transmitting pathogens, explained Professor Keesing,

“Animals that live fast, die young, and have early sexual maturity with lots of offspring tend to invest less in their adaptive immune responses. They are often better at transmitting diseases, compared to longer-lived animals with stronger adaptive immunity.”

As biodiversity is lost in an ecosystem, smaller species that live fast and die young tend to be more successful. Previous studies have shown that human development typically increases the abundance of zoonotic host species, bringing people and risky animals closer together.

“When we erode biodiversity, we favor species that are more likely to be zoonotic hosts, increasing our risk of spillover events,” said Ostfeld. “Managing this risk will require a better understanding of how things like habitat conversion, climate change, and overharvesting affect zoonotic hosts, and how restoring biodiversity to degraded areas might reduce their abundance.”

“Restoration of biodiversity is an important frontier in the management of zoonotic disease risk. Those pathogens that do spill over to infect humans – zoonotic pathogens – often proliferate as a result of human impacts,” said Professor Keesing.

“As we rebuild our communities after COVID-19, we need to have firmly in mind that one of our best strategies to prevent future pandemics is to protect, preserve, and restore biodiversity.”