A new way of printing in color… without using color • Earth.com 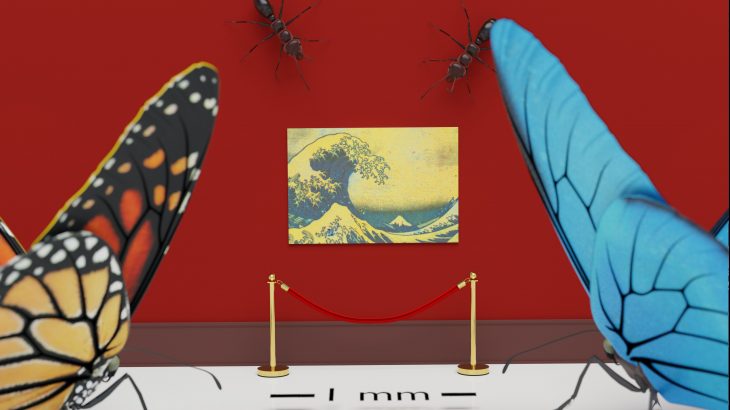 A new way of printing in color… without using color

If you’ve ever repeatedly bent a transparent plastic piece, like a ruler or protractor, you may have begun to notice that stretched plastic begins to turn into an opaque white, rather than staying transparent.

This is caused by the stretching out of polymers at a molecular level, known as “crazing,” which forms tiny, thin fibers known as fibrils. Now, these fibrils may be the answer to pigment-less printing.

Researchers from iCeMS at Kyoto University have found that by controlling the way microscopic fibrils are formed and organized, they are able to control the scattering of light and create colors across the entire visible spectra. This process is called Organized Microfibrillation (OM).

The technology allows for large-scale, inkless color printing processes that can produce images at resolutions up to 14000 dpi in flexible and transparent formats.

“OM allows us to print porous networks for gases and liquids, making it both breathable and wearable,” explains Professor Easan Sivaniah, head of the Pureosity Group at iCeMS. “So, for example in the area of health and well-being, it is possible to incorporate it into a kind of flexible ‘fluid circuit board’ that could sit on your skin, or your contact lenses, to transmit essential biomedical information to the Cloud or directly to your health care professional.”

The researchers have shown that the technology works in many widely used polymers, such as polystyrene and polycarbonate. But before non-pigment-based color was ever utilized by us humans, it had been perfected by nature.

Named “structural color” by zoologists, this process is exactly how butterfly wings get their vivid colors, and birds such as peacocks achieve their shimmering and iridescent plumage.

Many species on the planet depend on light interaction on the surface structure of their external appearance rather than pigmentation for color.

While the applications of this new technology apply to everything from food and drug safety to printing anti-forgery currency, the researchers are still working to perfect OM. After all, it takes a lot of work to recreate what Mother Nature has already perfected.