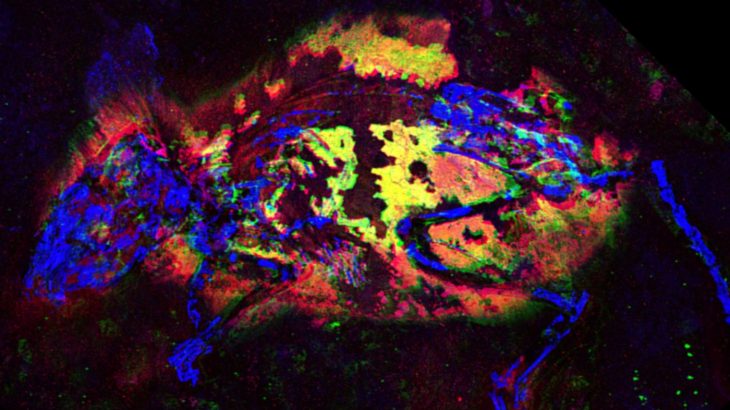 An international team of researchers led by the University of Manchester has conducted a groundbreaking study which reveals fossilized color pigments in a long extinct mouse species.

The researchers applied X-ray imaging to three-million-year-old fossils in an effort to identify the key pigments in the ancient animals. The experts looked for chemical signatures of specific red pigments to help determine how the colors may have evolved.

“The fossils we have studied have the vast potential to unlock many secrets of the original organism,” said study lead author Professor Phil Manning. “We can reconstruct key facets from life, death and the subsequent events impacting preservation before and after burial. To unpick this complicated fossil chemical archive requires an interdisciplinary team to combine their efforts to crack this problem. In doing this, we unlock much more than just palaeontological information.”

“This was a painstaking effort involving physics, palaeontology, organic chemistry, and geochemistry,” added study co-author Professor Roy Wogelius. “By working as a team, we were able, for the first time, to discover chemical traces of red pigment in fossil animal material. We understand now what to look for in the future and our hope is that these results will mean that we can become more confident in reconstructing extinct animals and thereby add another dimension to the study of evolution.”

Nearly ten years ago, the same research team found chemical traces of black pigment in well-preserved soft tissue. The red pigment found in animals such as foxes, however, is not as durable and is much more difficult to detect.

“We had data which suggested red pigment residue was present in several fossils, but there was no useful data available to compare this to in modern organisms. So we needed to devote several years to analyzing modern tissue before we could go back and review our results from some amazing fossil specimens,” said Professor Wogelius. “In the end, we were able to prove that detailed chemical analysis can resolve such pigment residue, but along the way we learned so much more about the chemistry of pigmentation throughout the animal kingdom.”

“Palaeontology offers research that is more than relevant to our everyday life,” said Professor Manning. “Information gleaned from the fossil record is influencing multiple fields, including; climate research, the burial of biowaste and radwaste, the measure of environmental impact of oil spills on living species with techniques developed on fossil organisms. Whilst our research is firmly anchored in the past, we set our sights on its application to the future.”