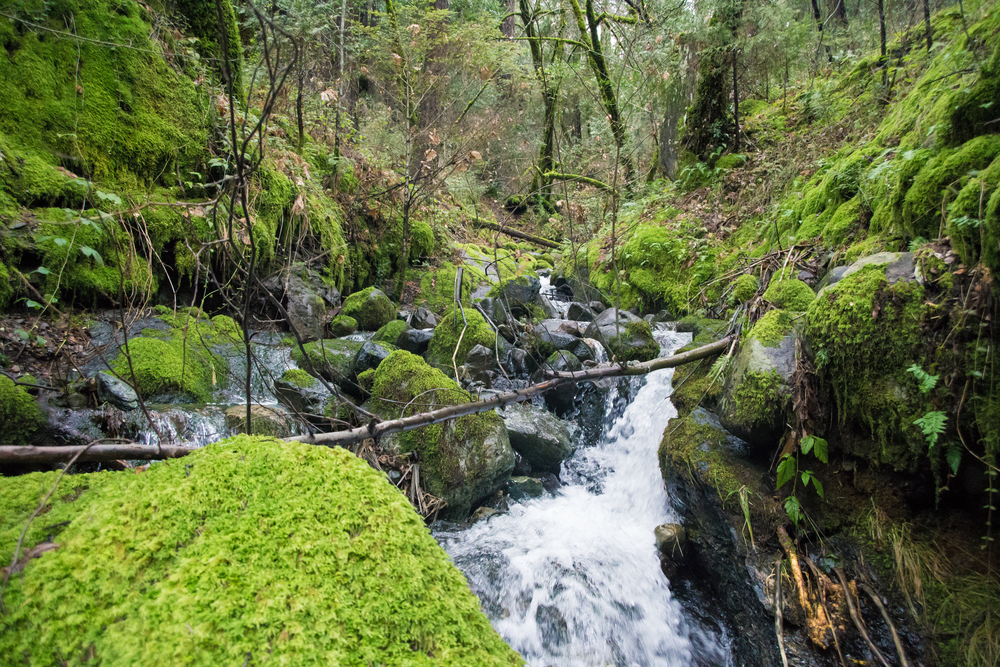 In classrooms all over the world, students are learning about their local water resources, from the animals that make their homes in ponds and rivers to how land use affects the flow of storm water – with a little help Project WET.

The educational nonprofit’s goal is to help students become the next generation of stewards for their local waterways. They do that by providing teachers with training and student activities to that can be incorporated into science, math, and even language arts and social studies classes.

“We want [students] to use that knowledge to be empowered to make changes in their own communities,” said Nicole Rosenleaf Ritter, Project WET’s communications manager.

In some classrooms, it’s already working.

One third-grade class in Martinez took up an activity to learn about detecting leaks and calculating how much they cost, said Brian Brown, California’s Project WET coordinator.

“It was math above their level. It was hard, but they learned it because they wanted to learn it,” he said.

They ended up taking their new knowledge home and helping their parents find leaks, the teacher told him.

A Sacramento high school learned how to map storm water flow on their campus, Brown said. Other schools have used the activities in Project WET’s curriculum to plan school gardens, monitor water quality in local rivers, improve water hygiene and prevent the spread of waterborne pathogens.

Project WET now hosts workshops and coordinators all over the world, but it began as a trickle of an idea in North Dakota in 1984. Back then, it was focused on educating the public about the state’s water resources, but the focus quickly turned to students and their teachers.

“Our founder, Dennis Nelson … grew up in North Dakota on a farm, and his family always struggled with water,” Rosenleaf Ritter said.

Although Nelson’s family lived near wetlands, they sunk well after well on their property. None of them lasted.

“So here he is, watching his family struggle with water all the time, and not understanding why farms down the street had water,” Rosenleaf Ritter said.

That curiosity led him to study hydrology in college, with a focus on watersheds – how and why storm water flows into rivers and lakes, she said. Back then, students really didn’t learn much about water in elementary or high school. Nelson, remembering his frustration over his family’s wells, began adapting the lessons he learned in college so they’d be easy to understand for everyone, no matter what their age or background.

“He didn’t want other kids to grow up without understanding where their water comes from, and why it acts the way it does,” Rosenleaf Ritter said.

Between 1989 and 2005, Project WET expanded into all 50 states and Washington, D.C. Working with Montana State University, the organization published its first curriculum and activity guide in 1995 and more than 50 water education guides. Before going independent in 2005, the organization had spread to 19 countries.

Now based in Bozeman, Montana, Project WET has expanded all over the world and continues to publish curriculum and classroom activities. One of the goals is to make activities general enough they can be used anywhere in the world, but leave room for teachers to localize them so they are specific to their own communities.

“What works for us in Bozeman, Montana might not work [elsewhere],” Rosenleaf Ritter said. “We want these methods to work for teachers of all income levels, of all backgrounds. That’s really important to us.”

California offers a good example for how teachers can adapt Project WET’s curriculum in their classrooms. The program has been available in the state since 1996, and some of the teachers have been using the organization’s curriculum since the beginning. More join them all the time.

“We train about a thousand teachers a year,” Brown said.

Project WET offers one-day workshops all over the state, aiming to enroll about 20 teachers per workshop. Because the state has unique water management situations – such as a drought that began in 2011 and lasted until 2016 – many school districts and teachers are happy to take advantage of the programs.

“We had people coming out of the woodwork for workshops during the later part of the drought,” Brown said.

The training lasts about six hours, and teachers get an overview of the activity guide. Not only that, they actually try several of the activities, such as turning a crumpled piece of paper into a watershed, playing a game of tag based on macroinvertebrates, or re-enacting spring snowmelt traveling down a river.

“Then they’re more likely to do one of those activities with their students,” Brown said.

One goal of Common Core is to encourage teachers to focus on lessons that span disciplines, connecting science, math, language arts and other subjects together, Brown said. Many of Project WET’s activities live up to that standard.

Thanks to grant funding, the California program has been able to survey teachers in the Central Valley about how they used the materials. More than 300 teachers responded to a survey covering 2015 to 2017; of those, 19 percent have been using Project WET materials for more than 10 years, Brown said.

The majority, 86 percent, used the materials to discuss conservation with their students – unsurprising, given California’s water challenges. Water management, critical thinking, the water cycle, and weather and climate are also high on the list of concepts teachers use Project WET materials to explore, according to the survey.

The activity guide makes an excellent supplement for textbooks, fact sheets and other text-based resources, Brown said. It also matches up well with California’s Education and the Environment Initiative, he said.

“We’ve got the hands-on science that is often missing from other materials,” he said.

In addition, the Project WET curriculum frequently uses real-world scenarios. One activity, “Grave Mistake,” teaches students how to use arsenic levels to trace the source of arsenic leaching into a community’s water. It’s based on real cases in which Civil War-era grave sites contaminated local water sources in the U.S.

Best of all, students all over the state are using what they learn through Project WET in their own real-world scenarios. In Kern County, students used “Color Me a Watershed” to identify how changes in local land use are affecting stream flows, Brown said.

Last year, students at a Sacramento high school walked through their campus on rainy days, watching how the water flowed and trying to determine where it might get backed up and cause flooding. They unexpectedly had the chance to test their map when California saw heavy rains in early 2017.

“Lucky for them, it rained like heck last year,” he said.

They identified several drainage issues on the campus. Now, future classes will have the chance to work out solutions to those issues.

And a number of schools merge Project WET curriculum with agricultural education, an important element in the Central Valley, where some of the country’s top crop-producing counties are located.

How to get involved – and why

Project WET hosts regular workshops, but even if there isn’t one nearby in the coming months, teachers can still get involved.

The organization has a collection of resources on its website. Educators can order publications full of lesson plans and information (with the exception of  Curriculum and Activity Guide 2.0, which is only available at training workshops), and activity booklets for students. There’s even a link to online training.

The organization seeks to make things easy for teachers as well as fun for students.

“There’s a big emphasis on teachers in many states to teach science using the next generation science standards,” Rosenleaf Ritter said. So the activity guide includes information about how each activity correlates to the standards.

But Project WET hopes teachers will jump on-board for reasons beyond just meeting new science education standards. In addition to introducing concepts in geography, science, mathematics, technology and critical reading, it also encourages students to think about their community’s water resources and the future.

“Water is increasingly important around the world today.We don’t think about water till the well runs dry. That’s the old saying. There are places where the well is literally running dry,” Rosenleaf Ritter said. “It’s not that one child can solve that problem, but if children can understand the science behind that … then they’re going to be in a much better position to face these challenges going forward.”