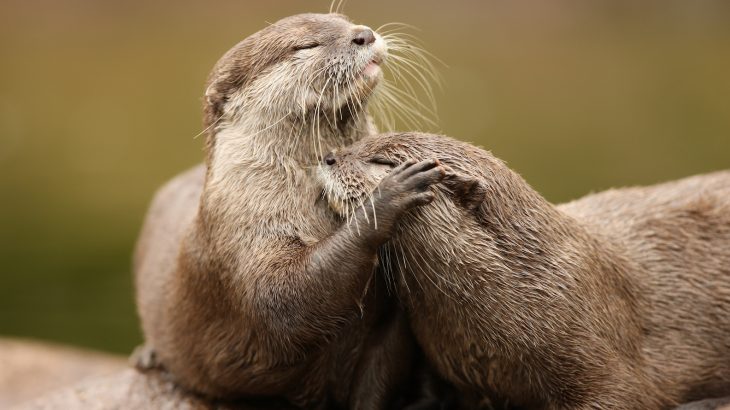 If you are active on social media, chances are high that you have seen a video of an otter living as a pet. The videos quickly become viral because otters are, frankly, adorable. But these videos actually shed a light on a severe threat to otter species: the pet trade.

Proposals submitted ahead of the 18th Conference of the Parties to the Convention on International Trade in Endangered Species of Wild Fauna and Flora (CITES) hope to address this.

CITES is an international agreement between governments that sets regulations on the trade in wild animals and plants. Every three years, proposals can be submitted for consideration at the Conference of the Parties. This year, 57 proposals have been submitted including the two proposals to increase protections for otter species affected by the pet trade.

The proposals aim to move the Smooth-coated otter and the Asian small-clawed otter from Appendix II to Appendix I, which would prohibit the international commercial trade in the species. Both species are currently listed as Vulnerable on the IUCN Red List but conservationists worry that their new-found popularity online might accelerate population declines.

Human activity has historically threatened otter populations. Otters have been hunted for years for their fur and have suffered habitat loss as a result of human expansion. But the pet trade is a relatively new and little understood threat to the species.

As videos of otters proliferate online, so will demand for otters in the pet trade. The online videos glorify otter pet ownership and encourage individuals to buy their own pet to achieve social media fame. But not only do otters make poor pets, increased demand can lead to otters being smuggled from the wild. According to the International Otter Survival Fund, the mother otter is often killed by poachers so they can capture the cubs.

A report released last year by TRAFFIC found a large illegal market for otters in Southeast Asia. Researchers found 560 advertisements for up to 1,189 otters over a four-month period in 2018. In addition, the report found that 59 live otters, most of which were juveniles, were seized by officials from 2015-2017.

Otters were rarely found in physical marketplaces. Otters are currently protected by national laws and a CITES Appendix II listing, therefore the internet may provide an easier marketplace for traffickers to sell otters without fear of detection.

Of the four otter species native to Southeast Asia, the Asian small-clawed and the Smooth-coated otter were the most commonly encountered species, which is in line with the proposals ahead of the Conference of the Parties.

A study, released in December 2018, found similar results. Researchers monitored Facebook groups during a 14-month period and found 160 advertisements for 337 otters. Asian small-clawed otters represented over 80% of the otters for sale and Smooth-coated otters accounted for the rest. In addition, 53% of the otters for sale were newborn pups and 35% were young otters.

These recent findings suggest that the pet trade is a growing and urgent threat to Asian small-clawed and Smooth-coated otters. The fate of these two species will be decided at the Conference of the Parties this May.