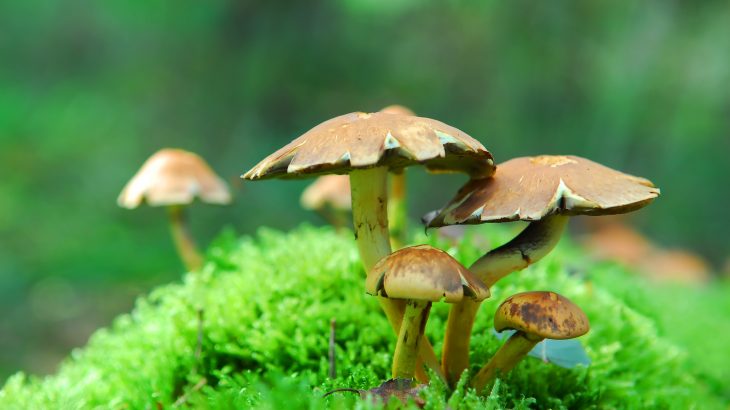 A naturally occurring psychedelic compound that is found in more than 200 species of fungus, including magic mushrooms, may be a powerful new weapon against depression. Experts at Johns Hopkins Medicine found that two doses of psilocybin combined with supportive psychotherapy provided rapid and extensive relief for patients suffering from major depression.

Psilocybin causes hallucinations and a profoundly altered state of consciousness for several hours after ingestion. In 2016, researchers at Johns Hopkins reported that supervised psilocybin treatment substantially reduced anxiety and depression among patients with a life-threatening cancer diagnosis.

The results of the current study indicate that psilocybin may be effective for a much broader range of patients than what was previously realized.

“The magnitude of the effect we saw was about four times larger than what clinical trials have shown for traditional antidepressants on the market,” said study co-author Dr. Alan Davis. “Because most other depression treatments take weeks or months to work and may have undesirable effects, this could be a game changer if these findings hold up in future ‘gold-standard’ placebo-controlled clinical trials.”

The investigation was focused on 24 participants who had a history of major depression. Most of the patients had suffered from persistent symptoms for approximately two years before enrolling in the study.

Across the entire group of participants, 67 percent had their depressive symptoms reduced by at least half at the one-week follow-up and by 71 percent at the four-week follow-up.

Remarkably, four weeks after the psilocybin treatment, half of the participants were considered in remission and were no longer classified as depressed.

“I believe this study to be a critically important proof of concept for the medical approval of psilocybin for treatment of depression, a condition I have personally struggled with for decades,” said philanthropist Tim Ferriss, who supported the funding campaign for this study.

“How do we explain the incredible magnitude and durability of effects? Treatment research with moderate to high doses of psychedelics may uncover entirely new paradigms for understanding and improving mood and mind. This is a taste of things to come from Johns Hopkins.”

The researchers will continue to follow up with the participants until a year after treatment to investigate how long the antidepressant effects of psilocybin last.

“Because there are several types of major depressive disorders that may result in variation in how people respond to treatment, I was surprised that most of our study participants found the psilocybin treatment to be effective,” said Dr. Roland Griffiths. He began studying psilocybin in the early 2000s, and his research was initially met with skepticism and concern.

Dr.. Griffiths said he is gratified by the support from Johns Hopkins and by the dozens of startups and labs that have initiated their own research. He noted that numerous companies are now actively working to develop marketable forms of psilocybin and related psychedelic substances.

The study is the published in the journal JAMA Psychiatry.