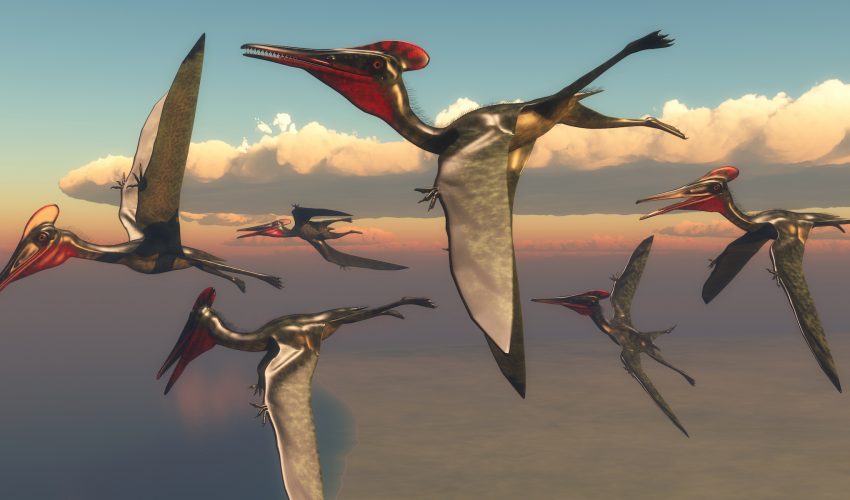 A research team led by the Milner Centre for Evolution has discovered the fossils of seven new species of pterosaurs. An analysis of the remains revealed that there was still exceptional diversity among the ancient reptiles at the time they were driven to extinction.

Pterosaurs are the largest known creatures to ever have the ability to fly. It was previously believed that these reptiles were already in a state of decline when they became a casualty of a mass extinction event that struck at the end of the Cretaceous period 66 million years ago.

But now, hundreds of fossils found at dig sites in northern Morocco have been dated back to the end of the Cretaceous period. The researchers determined that the skeletal remains belonged to seven species of pterosaur from three different families.

The pterosaurs ranged in wingspan from 6 to 30 feet and weighed up to 440 pounds. The fossils from Morocco also contained evidence that the new species had distinguishable features from other groups, such as differences in beak shape, neck length, and wing proportions.

“To grow so large and still be able to fly, pterosaurs evolved incredibly lightweight skeletons, with the bones reduced to thin-walled, hollow tubes like the frame of a carbon-fiber racing bike,” explained lead author Dr. Nick Longrich. “But unfortunately, that means these bones are fragile, and so almost none survive as fossils.”

The newly discovered pterosaurs included Tethydraco, a family that was thought to have vanished fifteen million years earlier.

“Exciting discoveries are being made all the time, and sometimes, just the smallest of bones can radically change our perception of the history of life on Earth,” said study co-author David Martill.

Study co-author Dr. Brian Andres added: “The Moroccan fossils tell the last chapter of the pterosaurs’ story – and they tell us pterosaurs dominated the skies over the land and sea, as they had for the previous 150 million years.”

Moroccan paleontologist Professor Nour-Eddine Jalil said that the research shows the amazing diversity of pterosaurs at a time they were thought to be in a state of decline.

“The Moroccan phosphates are an open window on a key moment in the history of the Earth, one that shortly preceded the global crisis that swept away, among others, dinosaurs and marine reptiles,” said Professor Jalil.