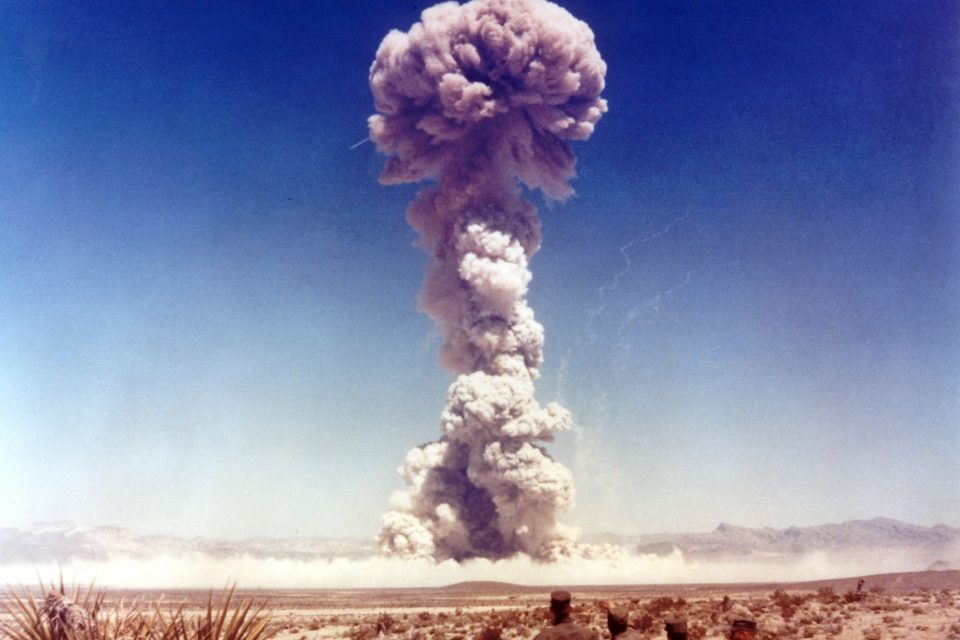 Researchers have discovered that crustaceans that live at the bottom of the ocean are eating radioactive carbon that has passed through the food web.

A study detailing the findings was published in the American Geophysical Union’s journal Geophysical Research Letters.

“Although the oceanic circulation takes hundreds of years to bring water containing bomb [carbon] to the deepest trench, the food chain achieves this much faster,” said Ning Wang, the lead author of the new study.

Nuclear bomb tests in the 50s and 60s released radioactive carbon-14 into the atmosphere. Once nuclear tests ended, the amount of carbon-14 or “bomb carbon” in the atmosphere dropped, and the carbon left the atmosphere to settle on the ocean’s surface.

Over time, marine organisms incorporated this carbon into their cells and researchers observed elevated levels of carbon-14 in marine animals after nuclear bomb testing started.

Because carbon-14 is also created naturally when cosmic rays interact with nitrogen in the atmosphere, nearly all living things on Earth have some amounts of radioactive material in their systems.

Carbon-14 is also a useful measure of dating geological and archeological samples.

In a new study, researchers used bomb carbon to study and analyze organisms that thrive in the deepest parts of the ocean.

Samples were collected from as deep as seven miles below the surface where temperatures are freezing and pressures high.

Amphipod specimens, which are crustaceans that scavenge along the deep ocean floor and eat waste and dead organisms, collected in 2017 from the Mariana, Mussau, and New Britain Trenches in the tropical West Pacific Ocean were analyzed for the study.

The amphipods had unusually high levels of carbon-14 in their stomachs and muscles, and the levels were similar to those found in surface marine organisms, suggesting that deep ocean organisms are eating carbon-14 contaminated waste and dead organisms that sink from the surface.

The study sheds insight on the eating habits and lifespan of organisms that thrive in extreme and nutrient-poor environments, and the results show how human activities impact the environment.

“There’s a very strong interaction between the surface and the bottom, in terms of biologic systems, and human activities can affect the biosystems even down to 11,000 meters, so we need to be careful about our future behaviors,” said Weidong Sun, a co-author of the study. “It’s not expected, but it’s understandable, because it’s controlled by the food chain.”