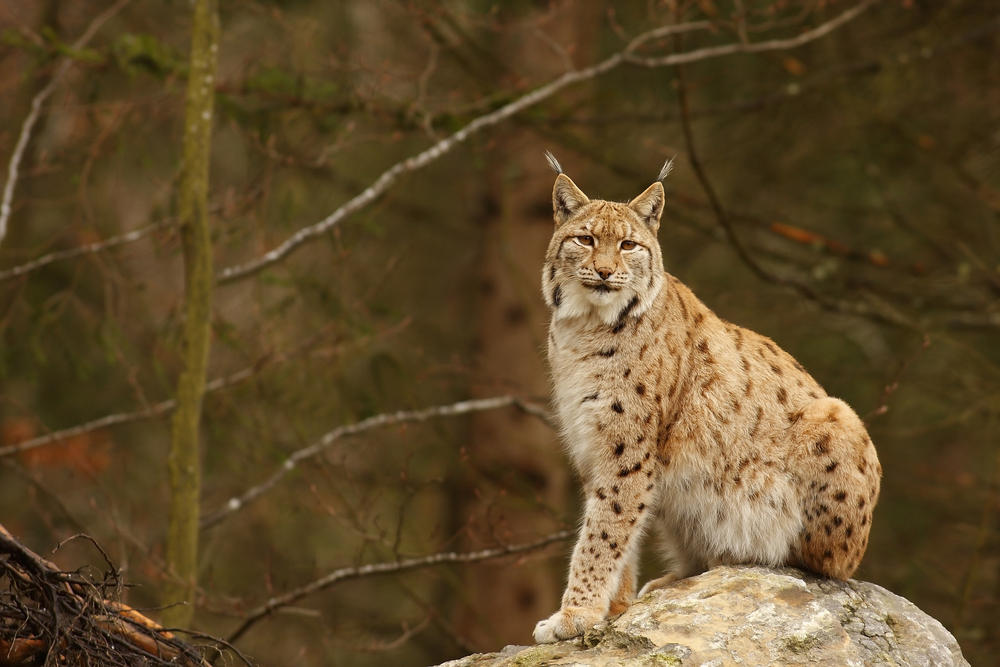 This winter, several sightings of the mysterious and rare lynx have been reported across Colorado. Last week, one such lynx was spotted parading through the Purgatory resort in southwestern Colorado. Photos and tweets quickly began to flood social media with accounts of the exciting appearance.

Just two weeks prior, two rare lynx were spotted along a mountain highway in Molas Pass, located 15 miles north of the Purgatory resort. The pair appeared to be a mother and daughter.

“My heart just about busted out of my chest when I realized what I was seeing,” Dontje Hildebrand told the AP.

Lynx are medium-sized wild cats that have short tails, tufted ears, and broad paws that allow them to walk across the snow with ease. They typically grow to be 3 feet long and weigh about 30 pounds.

Lynx are native to Colorado, but were nearly wiped out in the 1970s due to overhunting. But in 1999, the state began reintroducing the wild cats by relocating a limited population from Alaska and Canada. It has been estimated that roughly 50 to 250 lynx live in the wild in Colorado today, generally in the southwestern portion.

According to Colorado Parks and Wildlife, exact population figures are difficult to calculate because lynx can be so hard to find. But the increasing frequency of lynx sightings is an encouraging sign that the animals are settling into the area with increasing comfort following their reintroduction.

Still, lynx have remained an endangered species in the continental United States since 2000, according to the U.S. Fish and Wildlife Service. The state of Colorado uses mounted automated cameras to track which areas lynx settle into.

Lynx are not seen as a threat to humans, said a spokesman from Colorado Parks and Wildlife. But because of their unpredictable nature, humans are discouraged from feeding or approaching them.