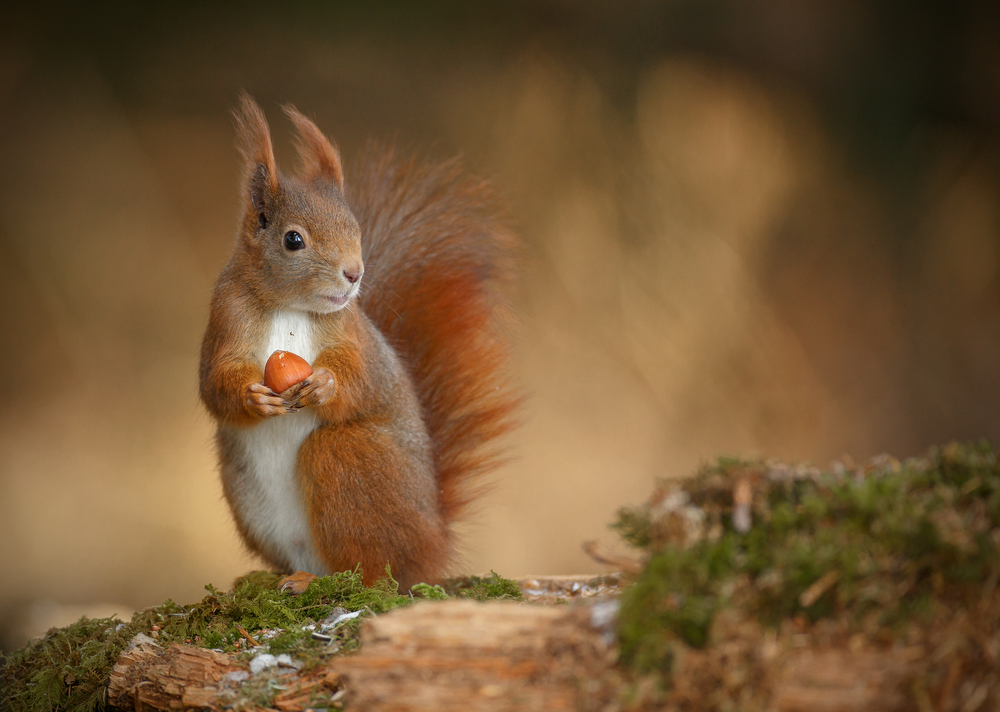 Red squirrels in Britain and Ireland are carrying the two types of bacteria that cause leprosy in humans, according to scientists from the University of Edinburgh and Ecole Polytechnique Fédérale de Lausanne.

They also found that a number of squirrels without the growths were carrying the bacteria as well.

The researchers studied 110 red squirrels from Ireland, Scotland and England. They found most were infected with at least one strain of leprosy, unfortunately.

Squirrels from Brownsea Island off of England’s south coast were found to be carrying a strain of M. leprae that hasn’t been seen in humans since 730 years ago!

Squirrels in Ireland and Scotland carried M. lepromatosis, which has been connected to human infections in Mexico, who likely didn’t contract it from the furry creatures: indeed, genetic testing of the strain carried by the squirrels showed that it likely diverged from the strain found in Mexico 27,000 years ago.

Leprosy was once rampant among humans, but infection rates in Europe began declining at the end of the Medieval period – scientists don’t yet have an explanation as to why. Although rates are much lower than they were 500 years ago, more than 200,000 human cases of leprosy are still reported worldwide. In China, it was a feared disease until the past three decades; the country hopes to eradicate leprosy by 2020.

However, as human infections decline, the disease has been found to affect some animal species. For example, armadillos can carry the disease, and cases of transmission from armadillos to humans have been reported – so don’t cuddle with them too much. The risk of human transmission from red squirrels in Europe is low because hunting them is banned in most places (thank goodness) and contact with human populations is low.

Leprosy affects the skin, upper respiratory tract, eyes and peripheral nervous system. Symptoms include disfiguring skin sores or bumps that don’t go away, muscle weakness and loss of feeling in arms and legs. The incubation period is 3 to 5 years, although cases have been reported in which a patient developed symptoms as much as 20 years after contact. It is diagnosed by biopsy of the affected skin.

The study, published in Science, shows that disease-causing bacteria can remain undetected in a region for centuries after a disease is eradicated.

The scientists plan to study red squirrels outside of the UK next. We’re crossing our fingers for the little guys.