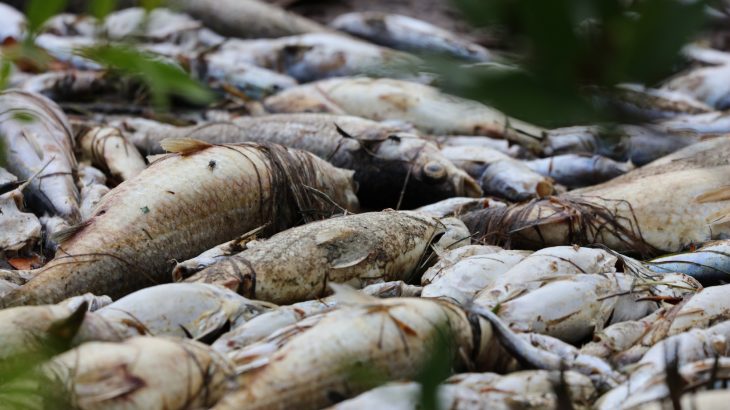 Red tide is crushing the economy in southwest Florida communities

A red tide algae bloom along the coast of southwest Florida, which has persisted since November of last year, is not only having a devastating impact on marine life but is also killing tourism in the region.

According to the Washington Post, business owners in the most affected counties have reported collective losses of nearly $90 million and have laid off about 300 workers. The economy is also taking a hard hit from a separate freshwater algae bloom in Lake Okeechobee, the state’s largest lake.

The Guardian reported earlier this month that the toxic red algae, Karenia brevis, have killed more than 267 tons of marine life since July. This summer, dead fish that have washed up on Florida’s beaches include thousands of small fish, 72 Goliath groupers, and even a 21-foot whale shark.

However, CNN has revealed that the casualties of the red tide have exploded even more – to over 2,000 tons of fish this month. The news outlet reports that workers in Lee County alone have picked up over 1,700 tons of dead fish since August 2nd, which does not include fishkill collected by the county’s Department of Parks and Recreation.

Agricultural runoff and pollution are major contributors to toxic algal blooms, as they support the growth of algae and cyanobacteria. In addition, algae thrive in warmer waters that have high levels of CO2, which means that climate change is most likely another factor that is causing the deadly outbreak.

“I am so sick of hearing it’s a natural occurring phenomenon that I’m ready to puke,” Andy Mele of Suncoast Waterkeeper told the Washington Post. “Yeah, it’s naturally occurring, but what happens to it is man-made. It responds to nutrients – period. Really the dynamite that lights the explosion is nutrient pollution.”

Florida Governor Rick Scott has declared a state of emergency for the five hardest-hit counties, as business owners brace themselves for the upcoming slow season.