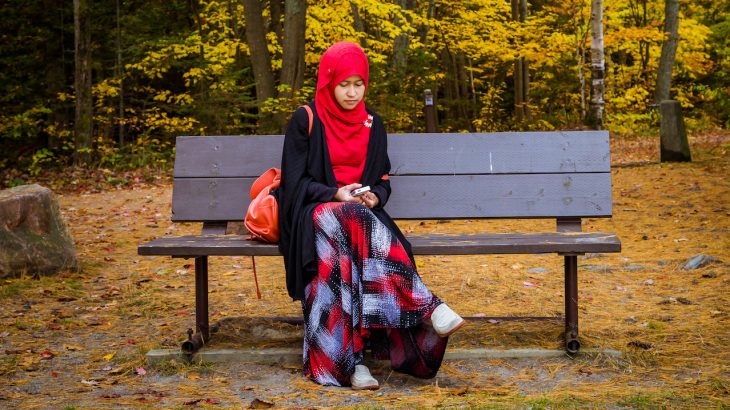 In 2016, political scientist Nicholas Sambanis founded the Penn Identity and Conflict (PIC) Lab in an effort to understand why groups come into conflict and how to resolve those conflicts without violent escalations. Most recently, Sambanis used an experimental approach to explore the causes of discrimination against Muslim immigrants in Germany.

“Opposition toward immigration can be due to economic reasons because of competition for jobs or due to the perceived cultural threat that immigrants pose to their host country by challenging dominant norms and changing the national identity.”

According to Sambanis, there is very little experimental research on the causes of anti-immigrant bias and even less research on how to reduce it.

“Most previous research is limited to presenting survey-based attitudinal measures of antipathy toward immigrants or refugees and correlating them with socio-economic characteristics of the survey respondents or their political beliefs,” explained Sambanis.

“We wanted to go beyond that and measure actual behavior in the field. We wanted to figure out what particular aspects of refugees or immigrants generate more hostility. Is it racial differences? Ethnic differences? Is it linguistic or religious differences? Is there merit to the idea that discrimination toward immigrants is due to the perception that they do not follow the rules and threaten dominant social norms?”

The PIC lab study was focused on Germany because of its high influx of immigrants and refugees, and also because Germans are strongly inclined to conform with social norms.

The team theorized that opposition to immigration is most strongly driven by a perceived cultural threat. If this is the case, they proposed, then a country like Germany that values norm adherence would see a reduction in discrimination toward immigrants if they were to show respect for social norms within their new society.

The researchers staged an intervention that involved a native German male who littered in a public space, since littering goes against the social norms. A female researcher approached the person littering and asked him to dispose of the trash properly. The team studied the reaction of bystanders as they observed the interaction.

As the female walked away, she dropped a bag of groceries and the researchers analyzed which of the bystanders would help her pick them up.

In some versions of the experiment, the woman dropping the groceries confronted the man who littered, demonstrating integration with the German culture. In other versions, the woman acted indifferent to the littering.

The woman’s identity was also manipulated for the trials. She was sometimes depicted as a native German, and sometimes as a Muslim immigrant wearing a hijab.

The experiment was conducted more than 1,600 times in train stations across 30 cities in both western and eastern Germany using multiple teams of research assistants. Overall, more than 7,000 bystanders unknowingly participated in the study.

The researchers measured the following: whether women who wore a hijab received less assistance than native Germans, whether ethno-racial differences between immigrants matters less than religious differences in generating bias, whether immigrants who wore a cross received more help than those who did not wear any outward symbols of religiosity, and whether good citizenship generated more help from bystanders.

“We found that bias toward Muslims is too pronounced and is not overcome by good citizenship; immigrant women who wore a hijab always received less assistance relative to German women, even when they followed the rules,” said Sambanis.

“But we also found that good citizenship has some benefit, as the degree of discrimination toward Muslims goes down if they signal that they care about the host society. And ethnic or racial differences alone do not cause discrimination in our setup. Nor is religious assimilation – wearing a cross rather than a hijab – necessary to be treated with civility.”