Releasing a virus is not the solution to Australia's invasive carp problem • Earth.com 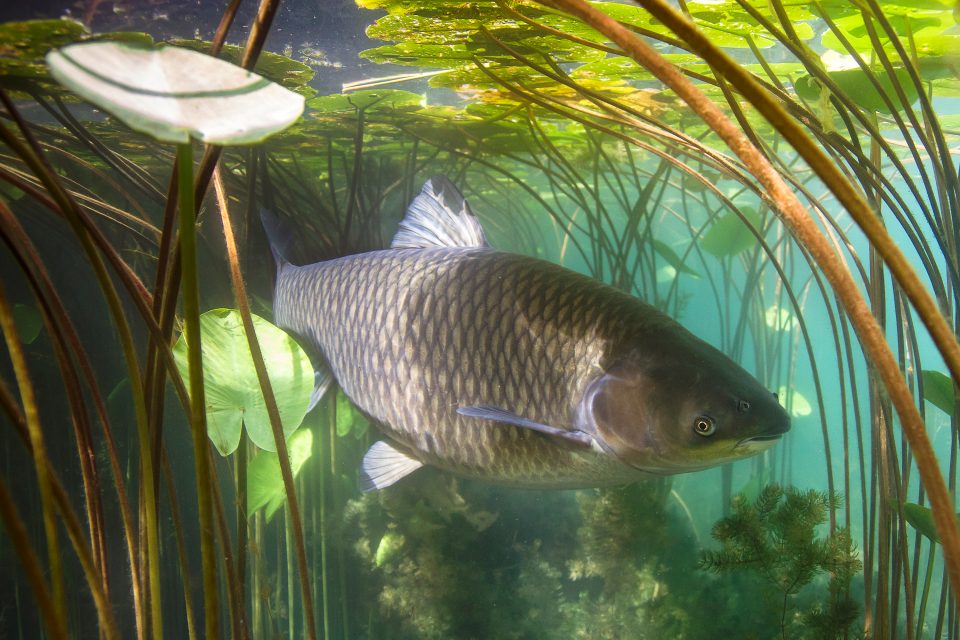 Plans to use a virus to control an invasive Australian carp will not work in the long term, according to researchers at the University of Exeter and the University of East Anglia. The non-native fish cause widespread environmental degradation, including impacts to water quality, that are damaging to native fish and ecosystems.

The carp are highly adaptable and their numbers have exploded over the last few decades in the Murray-Darling Basin, which is one of Australia’s largest freshwater supplies.

According to the Department of Agriculture, Water, and the Environment, common carp now account for up to 90 percent of fish biomass in some areas of the basin. Scientists have recommended for the government to approve the release of Koi Herpesvirus (KHV) to help manage carp abundance.

“The increased spread of carp and its impact on freshwater habitat has come at the expense of native fish species and aquatic vegetation,” the Australian agency explained. “The introduction of a biological control mechanism to tackle the pervasive carp problem will be an important complement to existing natural resource management and environmental watering programs that are helping to build the resilience of native fish populations.”

The Exeter team acknowledges that common carp must be controlled, but says that releasing KHV is not the answer. The researchers found that common carp would evolve resistance to the virus and the population numbers would soon recover. “Based on our findings, we believe the plan to control Australia’s carp with KHV is dead in the water.”

“Viral biocontrol is highly questionable and, as our study shows, it is unlikely to reduce carp numbers in the long term,” said Dr. Jackie Lighten. “Our modeling shows that even under the most optimal conditions for biocontrol, populations quickly recover.”

“Releasing KHV carries significant risks to human and ecosystem health, which likely outweigh the benefits, and we have previously urged further detailed research to avoid an unnecessary ecological catastrophe.”

Dr. Lighten previously argued in the Australian Senate that the country’s National Carp Control Program (NCCP) was omitting key areas of research from its work, including an assessment of whether the virus could even kill the carp, who have a  genetic component of resistance to KHV.

“Modeling the epidemiology of proposed viral releases is essential for risk assessment and estimation of likely outcomes,” said Dr. Katie Mintram. “We built a simulation model which allowed us to examine realistic interactions among carp, virus and disease resistance, to estimate how long it would take carp populations to recover even if 95% of them were wiped out.”

“We show that the biological characteristics of the carp, including their rapid breeding rates, allow infected populations to recover rapidly with individuals that are KHV resistant.”

Even in a simulation of the “best-case scenario” for the virus to eradicate carp, the population still evolved lasting resistance, and the virus became ineffective.

“We recommend that the Australian Government takes bold steps to significantly improve the health of its waterways, rather than releasing a potentially catastrophic virus into its ecosystems,” said Dr. Lighten. “Freshwater is in desperate shortage in large parts of Australia, so the first step must be to reduce the amount of water extracted for thirsty crops such as cotton. This would help to restore habitat for native species, thereby reducing habitat for carp.”

“Proper governance is what’s needed, rather than giving an unhealthy and fragile ecosystem a foreign virus, which could significantly tip the balance out of favor for native species.”

Dr. Lighten said that if the current Covid-19 pandemic has reminded us of anything, it’s that viruses are hard to predict and manage.

“It is madness that the release of a high pathogenic virus is being considered as one of the first steps to restore a damaged and fragile ecosystem. This is even more so, considering that very little progress has been made in reducing the volume of water extracted from the Murray-Darling Basin, which should be primary in restoring river health over releasing a pathogen that could have significant ecological repercussions.”