Remote Alaskan volcano may be calming down after eruptions • Earth.com 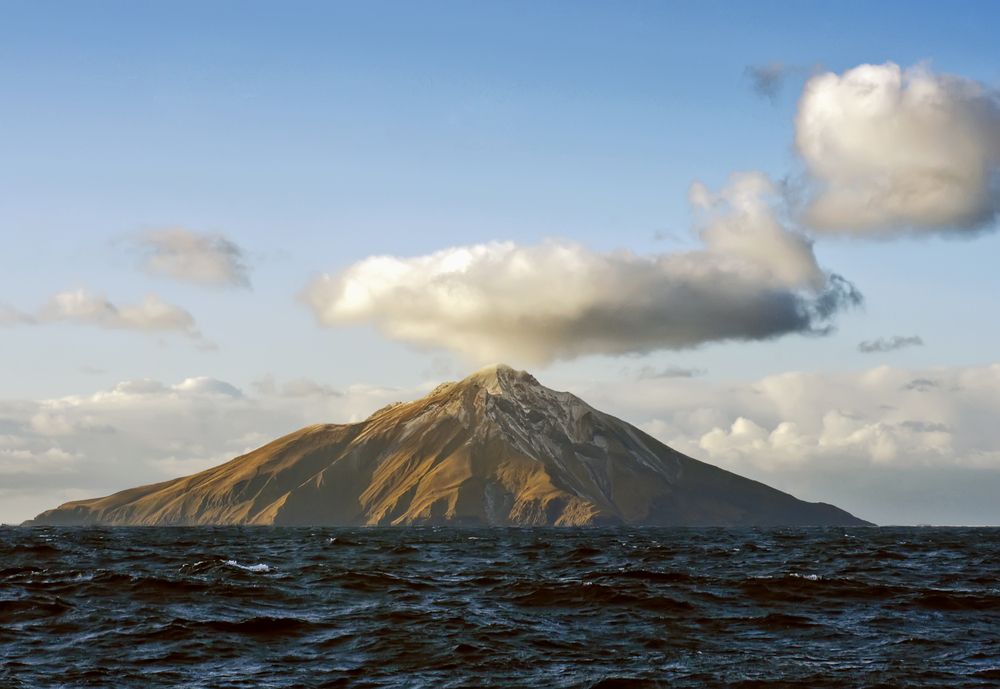 Remote Alaskan volcano may be calming down after eruptions

After weeks of seismic activity and eruptions, a remote Alaskan volcano seems to be settling down, geologists said.

Agasagook Island, also known as Bogoslof Island, is a tiny sliver of land in the Bering Sea. It’s also the tip of an active volcano that has been rising from the ocean floor.

That’s not unusual off the coast of Alaska. Agasagook is one of dozens of islands that make up the Aleutian Island chain. They share a staggering 57 volcanoes among them, and there are more on the mainland.

Alaska is on the edge of a subduction zone where the Pacific Ocean tectonic plate is slowly sliding beneath the North American plate. That slow movement causes plenty of earthquakes and volcanic activity. More than 50 of Alaska’s volcanoes, including several in the Aleutians, have been active over the past 300 years.

In mid-December, Agasagook Island joined them once again. Bogoslof Volcano woke up for the first time since 1992.

On December 16, the first of a series of at least eight eruptions was recorded by scientists. Though the area is often overcast, satellites have been able to track some of the volcano’s ash cloud.

At one point, the Federal Aviation Administration had to reroute flights around the plume of smoke and ash spewed by the remote Alaskan volcano.

After a final eruption on December 30 that shot ash 20,000 feet into the air, the island appears to have settled, according to scientists with the Alaskan Volcano Observatory.

But that brief period of activity may have drastically changed Agasagook Island, the scientists said. The new volcanic vent is slightly off of the island’s coast rather than on the island, they said. More study will be needed once the researchers are sure the seismic activity has settled, but at first glance the explosive eruptions seem to have destroyed part of the island, but also to have created a new sliver of land just off its coast.

Agasagook Island is part of the Alaska Maritime National Wildlife Refuge. The refuge stretches 3.4 million acres and includes several of the Aleutian chain’s volcanic islands. It provides habitat for marine mammals such as otters, sea lions, and seals, along with seabirds and migratory birds.

No information is available about how the series of eruptions affected animals living on Agasagook Island. The island is a favorite of northern fur seals in the region.