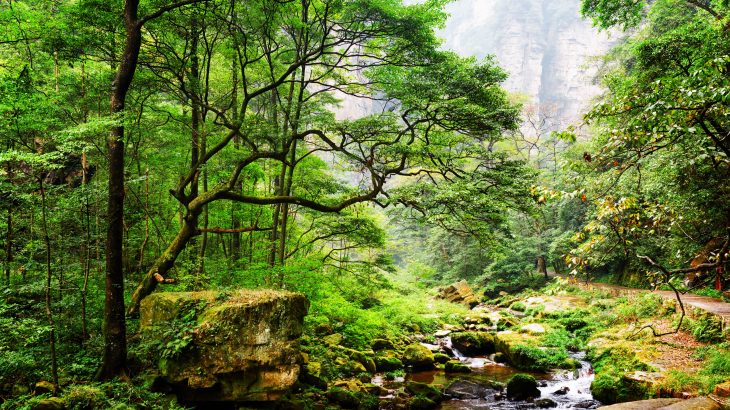 A team of researchers led by ETH Zurich has demonstrated how much more quickly forests can recover from disturbances with help from simple restoration projects. The study was focused on a tropical forest in Sabah, Malaysian Borneo that was heavily damaged by logging in the 1980s before becoming a protected area.

The long-term research project was focused on the forest’s capacity to rebuild biomass. The study revealed that in areas left to regenerate naturally, the annual capacity to store carbon increased by as much as 2.9 tons of carbon per hectare.

The researchers also found that areas of forest that underwent active restoration recovered even more rapidly, with an increase in the annual capacity to store carbon by as much as 4.4 tons per hectare.

The research expands on previous work by Professor Mark Cutler of the University of Dundee, which was conducted in Borneo nearly 25 years ago.

Professor David Burslem explained that scientists have known for some while that tropical forests can regenerate from logging if left undisturbed for long enough. But the rapid recovery that resulted from simple, low-tech restoration techniques was a surprise to the researchers.

“We gained this insight through a sustained investment in research by a multi-national team over more than 20 years,” said Professor Burslem.

The study authors pointed out that the current price of carbon does not cover the cost of restoration, which greatly limits the potential of forest restoration to help mitigate climate change.

“The increase in forest regrowth from restoration coupled with average global restoration costs suggests carbon prices need to be much higher,” said Professor Cutler. “If they were around US$40-80 per ton CO2 in accordance with the 2016 Paris climate agreement, this would be an incentive to invest in restoration. We must find sustainable mechanisms for funding.”

Restoration projects are particularly important for the recovery of logged forests like those in Sabah to help maintain biodiversity and carbon sequestration.

“This active restoration encourages naturally diverse forest, and is therefore much more beneficial for biodiversity than monocultures or plantation forests,” said study co-author Christopher Philipson. He noted that restoration helps previously over-used forests not only to recover carbon, but also to become ecologically sound and diverse again.