Climate change has boosted the productivity of some forests • Earth.com 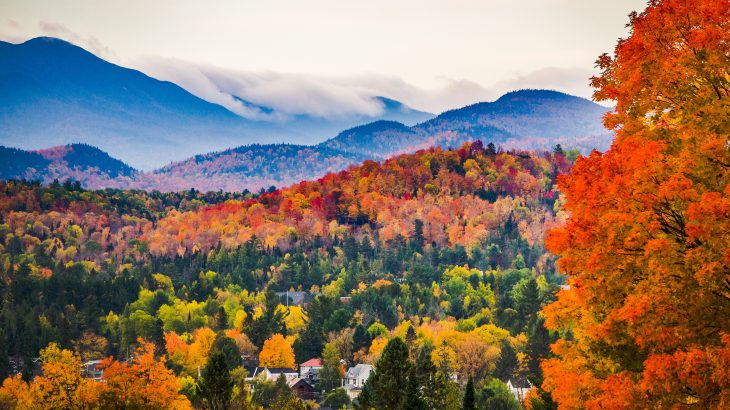 In a new study from Harvard University, experts have used hundreds of thousands of carbon observations to determine that climate change has increased the productivity of forests over the last quarter of a century.

From 1992 to 2015, the rate of carbon capture nearly doubled across the Harvard Forest Long-Term Ecological Research site.

The scientists attribute much of the increase in storage capacity to the growth of 100-year-old oak trees, revitalized by the warmer temperatures and longer growing season associated with climate change.

Regional increases in precipitation and atmospheric carbon dioxide have also boosted tree growth. At the same time, reduced levels of air pollution, such as ozone, sulfur, and nitrogen, have reduced environmental stress.

Study co-author Adrien Finzi is a professor of Biology at Boston University.

“It is remarkable that changes in climate and atmospheric chemistry within our own lifetimes have accelerated the rate at which forest are capturing carbon dioxide from the atmosphere,” said Professor Finzi.

The measurements collected in Harvard Forest over 25 years enabled the team to trace carbon through air, trees, soil, and water. The amount of data analyzed for the study is unprecedented, and so is the consistency of the results, said the researchers.

“Our data show that the growth of trees is the engine that drives carbon storage in this forest ecosystem,” said Plotkin. “Soils contain a lot of the forest’s carbon – about half of the total – but that storage hasn’t changed much in the past quarter-century.”

Even as the trees enter into their second century of life, they show no signs of slowing their growth, but the future is still uncertain.

The experts identified other signs of vulnerability stemming from climate change and human activity, including the spread of invasive insects.

At Harvard Forest, for example, hemlock-dominated forests were accumulating carbon at similar rates to hardwood forests until the arrival of an invasive insect – the hemlock woolly adelgid – in the early 2000s. In 2014, the hemlock forest transitioned from a carbon sink to a carbon source, which releases more carbon dioxide to the atmosphere than it captures.

Other pressures that have the potential to reverse the carbon capture gains in forests include extreme storms, suburbanization, and the recent relaxation of federal air and water quality standards.

“Witnessing in real time the rapid decline of our beloved hemlock forest makes the threat of future losses very real,” said Plotkin. “It’s important to recognize the vital service forests are providing now, and to safeguard those into the future.”

The study is published in the journal Ecological Processes.