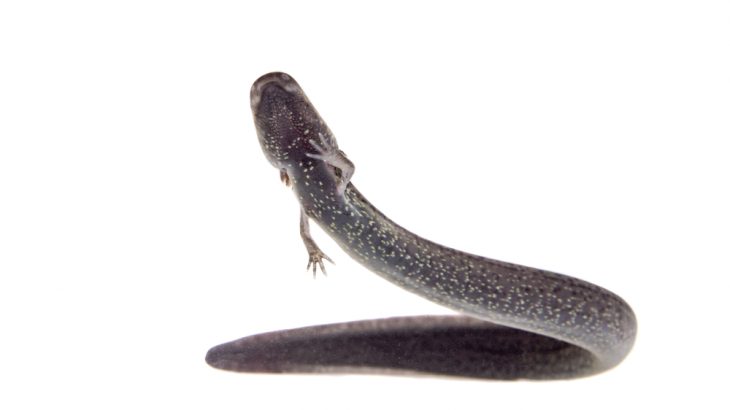 The largest new species discovered in a century has been making its home in Alabama and Florida: the reticulated siren, a type of giant salamander.

The reticulated siren lives in the swamplands of Alabama and the Florida panhandle, and has a long, eel-like body that is spotted like a leopard.

“Sirens are abundant throughout the southern United States and are among the world’s largest amphibians, yet the biology, ecology, and phylogeography of this group is poorly-known,” the researchers wrote in their description of the new species, published in the journal PLOS ONE.

Like the other four known members of the Sirenidae family, the reticulated siren is completely aquatic, with external gills and front limbs only. It lives alongside other sirens, but shows a different enough set of traits to be a distinct species, the researchers wrote. It also grows to about two feet in length, they found.

The scientists first began hunting for the new species after hearing stories about it from residents who live near the swamps where the reticulated siren makes its home. Though it is not an eel, people were calling it a leopard eel.

Steen and lead author Dr. Sean Graham first began hunting the creature while completing their doctoral degrees Alabama’s Auburn University. But it wasn’t until 2009 that Steen managed to capture his first reticulated siren in Florida. Until then, all they’d had was tall tales and a few aging museum specimens.

The two researchers and their colleagues have continued searching for more of the animals since then, mostly as a side project.

It took Steen and his colleagues about five years of hunting the creature to find enough samples to confirm it was a new species, he told the nature magazine. That’s partly because the reticulated siren enjoys living in murky swamp water, making them hard to spot from the surface, he said.

Biologists who study the elusive sirens have been eagerly awaiting confirmation of the reticulated siren as a new species.

“It was a long time coming,” Dr. Jennifer Stabile, an expert on sirens who works with Field Projects International, told National Geographic. “People had been discussing this for decades, how these groups needed to be looked at because we knew that there were more species there than had been documented.”