Reusable shopping bags may not be the perfect solution to plastic • Earth.com 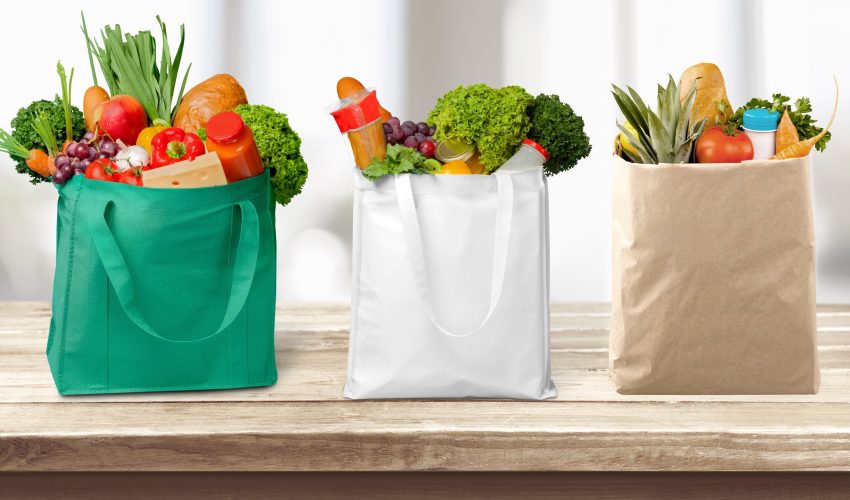 Reusable shopping bags may not be the perfect solution to plastic

As the world finally begins to come to terms with our addiction to plastic, ConservingNow has laid out the commonly understood view on plastic bags. Under the headline, “What We Know” the site lays out some basic facts:

The list continues on, filling the webpage with the sad, simple information of plastic bag use and disposal.  The article ends with a photo of trash heaped in a pile with dirt, probably at a landfill.

It’s easy to think of disposable, one-time use plastic bags as a waste.  Those cotton or nylon totes with pictures of the globe or a panda or an idealized image of fresh produce are obviously more environmentally friendly than the hundreds of plastic bags clogging the landfills and oceans.  It’s good to remember that although well-meaning people and organizations promote those snappy shopping tote bags, someone’s also making a profit. When you buy a canvas bag from your local grocery store, you are buying a product that someone is selling to you.  When money is involved, there’s often a bias.

A study by the Danish Ministry of Environment and Food released earlier this year counters the assumptions of many when it comes to shopping bags.  The research analyzed eight different types of bags for their environmental impact, including single use plastic bags, organic and traditional cotton bags.  It should be noted that one study in Denmark should not be taken as completely accurate for every country and every situation. Every study has flaws and this one is no exception.  Litter wasn’t considered as part of the environmental impact, which means sea turtles eating plastic bags they mistake for jellyfish was considered a ‘negligible’ impact. The study used the Danish system in which single use bags are assumed to be either recycled or incinerated.  The carbon produced in the production and shipping of the bag, as well as land and water use were considered. Also, only bags available in Danish grocery stores were considered, there was no look at people using their ordinary backpacks to carry groceries for instance. Environmental impact assessments are also complex.  No bag is going to score higher than others in every impact assessed, there are complex and different impacts that every production has on the environment.

All of this said, the study in the end shows that single use, LDPE plastic bags, (that is the ones most commonly found in supermarkets) had the least environmental impact of all the bags assessed.  Of course it’s more complex than a simple answer. If you’re more concerned about a turtle choking on a plastic ‘jelly fish’ than global climate change, obviously plastic bags are still worse than cotton.  In the balance however, those throw away plastic bags are shown to generally have less impact than a reusable tote, if properly used.

The Danish study also has end of life (disposal) recommendations for every bag they assessed.  You can minimize the environmental impact of your shopping bag by how you dispose of it. The study recommend that you do what for many is already common practice: you use that throw-away LDPE bag as a small trash bag.

The breakdown beyond those single use bags shows that next in line for lowest environmental impact is an unbleached paper bag, followed by bleached paper bags.  I remember a time when getting a paper bag instead of a plastic one was considered the environmentally friendly option, even before reusable totes were popular. Next, synthetic reusable bags were assessed as having a lower environmental impact than cotton with woven Polypropylene being better than non-woven PP bags.

Strangely, organic cotton scored even worse on how much use you need to get out of it to make it environmentally sensible.  Organic cotton bags must be reused 20,000 times for shopping. I encourage anyone interested in lowering their environmental impact to look closely at those reusable bags, how much impact they have depends a lot on what they’re made of, counterintuitively cotton being the worst and synthetics being much better.  If you already have a shopping bag though, throwing it away is the worst thing you can do, reusing whatever you have as much as you can is the most important way to limit your environmental impact.

It’s never a good practice to base all your decisions on one scientific study, and as I already mentioned, every study is flawed.  Another study released in 2011 by the United Kingdom’s Environment Agency that assessed the environmental impact of different shopping bags.  Like the Danish study, the one done in the UK is based on what is available in the UK as far as bags as well as recycling and trash disposal.  If you live outside the UK, such a study should be examined closely and applied elsewhere cautiously but it’s still quite relevant.

The UK study came to largely the same conclusions as the later Danish study.  The British study found that most of the environmental impact of shopping bags comes from their production and resource consumption, with transport, packaging and disposal being less important in terms of environmental impact.  This goes a long way towards explaining why cotton, which uses a lot of land, water and fertilizer to produce could be more environmentally damaging than a plastic bag.

Surprisingly, the British study found that reusing throw away shopping bags has less overall environmental impact than recycling them after one use, even if they’re discarded.  This isn’t as applicable in the US as in the UK though because it’s based on a British system of incinerating plastic bags as a source of electricity (replacing fossil fuels like coal) rather than tossing them into a landfill.

DW.com, a German news organization, criticized the practice of trash incineration in Britain and across northern Europe.  If incineration continues to increase it means Britain will either have to import trash from other countries to keep incinerators open or else decrease recycling.  Obviously importing trash is an absurd proposal but it’s important to note that recycling is often exported to faraway places to be processed as well. China processed half of the world’s exported recycled plastic, paper and metal in 2016, according to Huff Post.

In both studies, paper bags were not shown to be very environmentally friendly.  Paper bags need to be reused several times to lower their environmental impact to that of a single use plastic bag and unlike cotton or synthetic tote bags, paper bags don’t hold up for reuse very well.  I find this interesting because paper bags have long been assumed by environmentally considerate people to be better than plastic.

The takeaway message for me is not to depend on any one product, whether it’s a reusable bag or reusable water bottle but instead, examine your own usage patterns.  If you have a reusable product, continue using it until it’s completely worn out and then if possible repurpose it, compost it or if need be recycle it. I’ve seen aluminum water bottles crop up in outdoor circles, branded as being environmentally friendly.  I wonder to myself how many people recycled their old plastic bottles to get new aluminum ones? Buying anything new has a negative environmental impact when compared to using something you already have.

If it makes sense in your life to have a reusable tote, buy a used one if you can, sometimes second hand stores have one, sometimes a friend has an un-used one they got as a gift for donating to NPR or an environmental charity.  Maybe use a backpack or purse you already own instead of buying a new tote just for shopping. In reducing your environmental impact, it’s important to do your research and examine what you can do in your own life instead of depending on choosing between two products.  Also, it’s always good to remember that reusing and reducing your trash is more important than recycling, as recycling is still your last resort.