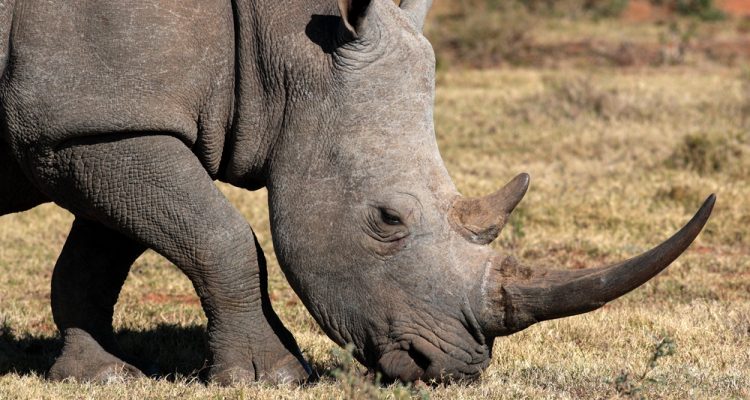 Scientists in the exciting field of rhino dung research found white rhinos may communicate important personal information to each other using their poop.

Chemicals in the species’ dung can give other rhinos information about an individual’s sex, age, general health, and territory, researchers from the University of KwaZulu-Natal said. If the dung is from a female, the chemical signature may even show whether she’s in heat.

White rhinos have terrible eyesight, so they depend on their sense of smell to acquire information about their environment, the scientists said. The researchers wanted to find out how much of a role dung played in acquiring that information and spreading it around.

“Mammals commonly communicate olfactorily via urine. However, the extent to which they communicate via dung, another waste product, is unknown,” they wrote.

White rhinos have communal defecation grounds, called middens. These appear to play play an important role as a social and communication hub, the scientists said. Imagine it as an offline Facebook or Twitter, but with rhino poop.

In South Africa’s Hluhluew-Imfolozi Park, researchers collected 150 rhino dung samples from free-ranging white rhinos. These samples were collected from both males and females. They all varied in age, territorial state, and breeding state.

The researchers then isolated chemicals in the dung samples, known as volatile organic compounds or VOCs, that seemed to provide messages to noses that could decode them.

In order to test the effects of specific chemicals, the researchers created three artificial dung odors. One represented a territorial male, another represented a female in heat, and the third was a neutral smell. They exposed male rhinos to the fake rhino dung and observed the individuals for three days following exposure.

“In response, males elicited behaviors associated with the specific odors,” they wrote.

Communication via dung odors within the white rhino community seems to be widespread, the scientists said.

The research was published in the journal Proceedings of the Royal Society B: Biological Sciences.