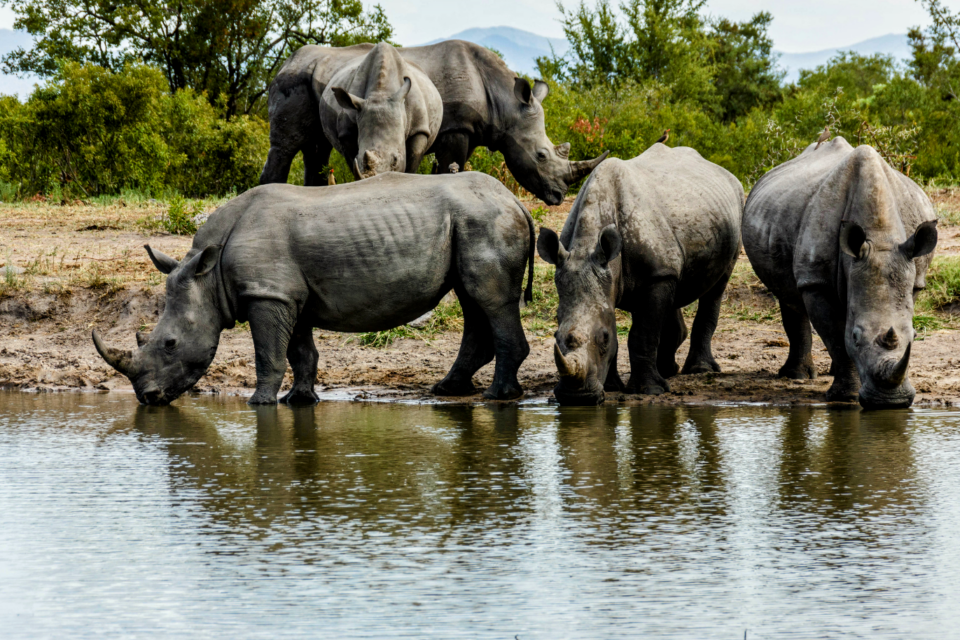 A new study has revealed that one in seven rhinoceroses in a South African national park has been infected with a pathogen that causes bovine tuberculosis (bTB), known as Mycobacterium bovis (M. bovis). The study is the largest ever conducted on free-ranging rhinos.

The findings demonstrate the potential for diseases to disrupt conservation efforts. If unaddressed, this could lead to increased risks to human health. The study tested samples from 437 rhinos, collected from 2016 to 2020 in Kruger National Park.

The results revealed the presence of M. bovis infection in an estimated 15.4 percent of rhinos. These results are crucial to supporting conservation efforts that protect the already vulnerable rhino population.

These results are also relevant in the United States, where bovine TB is occasionally found in domestic cattle and other livestock. It can travel by carrier species such as white-tailed deer, and it has reached endemic status among deer, bison and elk in parts of North America.

“There are examples of bovine tuberculosis in wildlife systems throughout the world,” said study senior author Dr. Carmel Witte. “In the United States, spillover of infection from cattle has spread to white-tailed deer in Michigan. This, in turn, can create spillback of infection into livestock, and carries a risk of spread to other wildlife and people.”

The presence of infection however, does not mean animals are diseased or dying. Professor Michele Miller, who leads the Animal TB Research Group and is the National Research Foundation (NRF) South African Research Chair in Animal TB, said most rhinos can contain the infection if they are otherwise healthy. Much like when humans are infected with COVID-19 and are asymptomatic.

“The infected rhinos are harboring the bacteria, but their immune system is keeping it in check. They are not losing weight or coughing, and if you looked at a group of 400 rhinos, you wouldn’t be able to pick out those that are infected. They can potentially live for years with infection if it is contained,” said Professor Miller.

“Tuberculosis tends to be a disease that manifests over long periods of time, and when you compound an infectious disease with events such as climate change and unprecedented mortality due to poaching of endangered animals, it is cause for concern.”

Monitoring rhinos, as well as other animals, can help understand long-term impacts of the infection and prevent further disease spread among wildlife.

This research is just as important from a human health perspective. For example, to help avoid the next pandemic, livestock and wildlife should be monitored for pathogens that could spread to humans.

The findings did not surprise the research team, as bovine TB is prevalent in at least 15 other species in Kruger – one of Africa’s largest reserves.

“While this pathogen may not appear to drastically impact the health of rhinoceros individuals, it has significant implications for conservation management decisions,” explained Rebecca Dwyer, lead author of the study.

“For example, tuberculosis testing in KNP rhinoceroses that are earmarked for translocation for conservation reasons can increase confidence of minimal risk of spread to other susceptible individuals at their destinations.”

South African rhinos face other threats such as poaching, habitat loss and drought. This makes it important to translocate them where they can be kept safe.

“But bovine TB is a controlled veterinary disease, so once our research group, in partnership with SANParks, found bovine TB in Kruger rhinos in 2016, the Department of Agriculture, Land Reform and Rural Development (DALRRD) imposed movement restrictions to prevent spread of infection to other populations.” said Professor Miller.

By doing so, a barrier was created to prevent the rhinos from moving to other national or private reserves. Additional benefits were realized, such as conservation, as Kruger has historically been an important source population of rhinoceros for other conservation strongholds in South Africa and other African countries.

These findings are important for the conservation of all species, as the spread of pathogens has important consequences for many species, and the ecosystem as a whole.