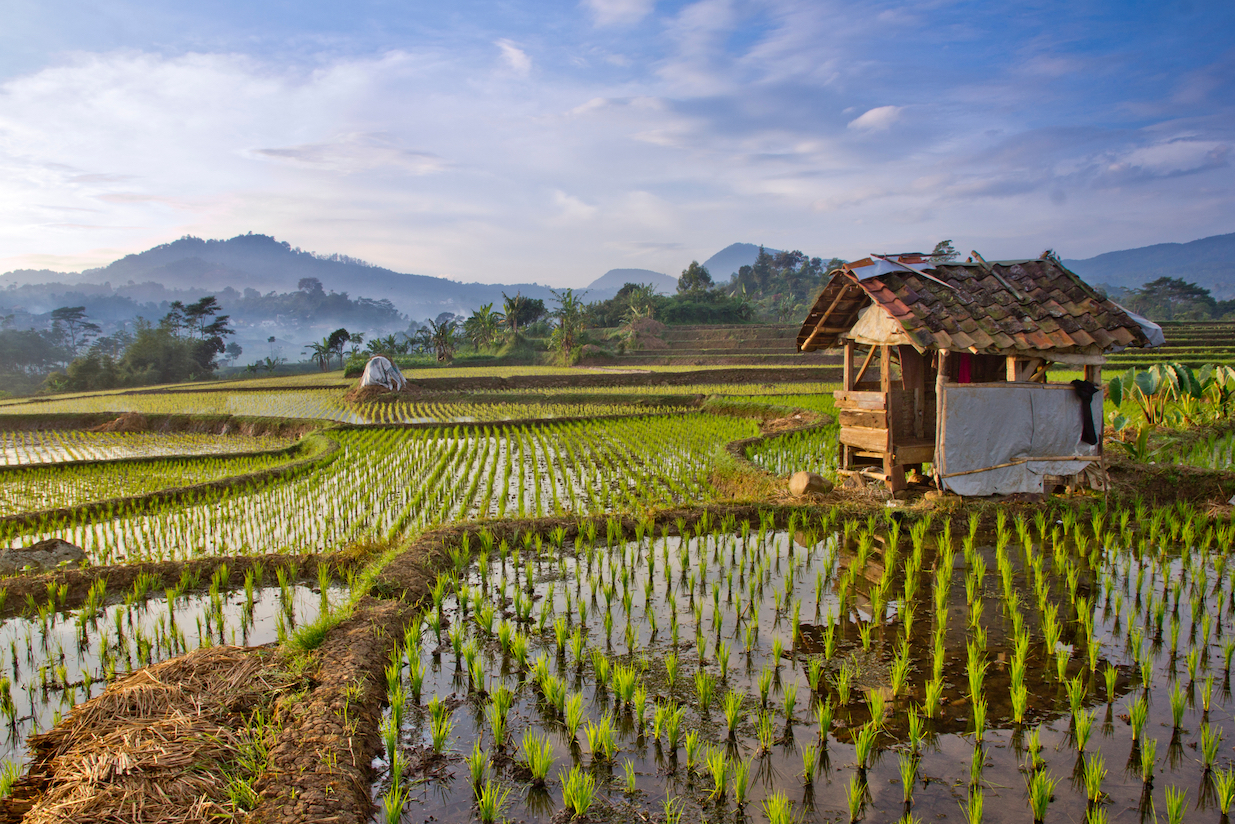 The impact of rice farming on climate change and atmospheric greenhouse gas levels has been largely underestimated because reports on rice farming emissions leave out nitrous oxide.

Nitrous oxide is longer lasting in the atmosphere than other emitted greenhouse gases like methane and traps more heat over time.

Both methane and nitrous oxide are released as a result of rice farming flooding and other agricultural practices. But a new study conducted by researchers from the Environmental Defense Fund (EDF) has shown just how much these farming and management strategies impact emissions.

As a result, the impact of rice farming on climate change could be almost double what previous estimates had found.

Rice is a key cereal and provides more calories to people around the world than any other crop. However, cultivation of rice requires a large amount of land and water and has the highest climate impact of any crop per unit calorie, according to an analysis released by the EDF.

“The full climate impact of rice farming has been significantly underestimated because up to this point, nitrous dioxide emissions from intermittently flooded farms have not been included,” said K. Kritee, the lead author of the paper. “Increasing pressure on limited water resources under a changing climate could make additional rice-farming regions look to intermittent flooding to address water limitations and concerns about methane emissions.”

A major takeaway from the analysis is that nitrous oxide emissions need to monitored more closely and more accurately. While there have been studies on the climate impacts of rice farming before, these largely focused on methane emissions from continual flooding practices.

Nitrous oxide emissions from rice farming are not reported in most rice-producing countries, and the researchers also found that mitigation strategies for reducing the environmental impact of rice farming deal with reducing methane emissions.

“It is essential for scientists to measure both nitrous oxide and methane emissions from rice fields in order to develop policies effective at meeting food demand while mitigating rice farming’s climate impacts,” said Kritee.

The researchers found emissions from rice farming could be reduced by as much as 90 percent if farmers used shallow flooding and managed their use of nitrogen and organic matter.

“We now know nitrous oxide emissions from rice farming can be large and impactful,” said Richie Ahuja, a co-author of this study. “We now also know how to manage the problem. Major rice producing nations in Asia are investing to improve the agriculture sector and could benefit from the suggested dual mitigation strategies that lead to water savings, better yields, and less climate pollution.”