Is a ridesharing culture actually better for the environment? • Earth.com 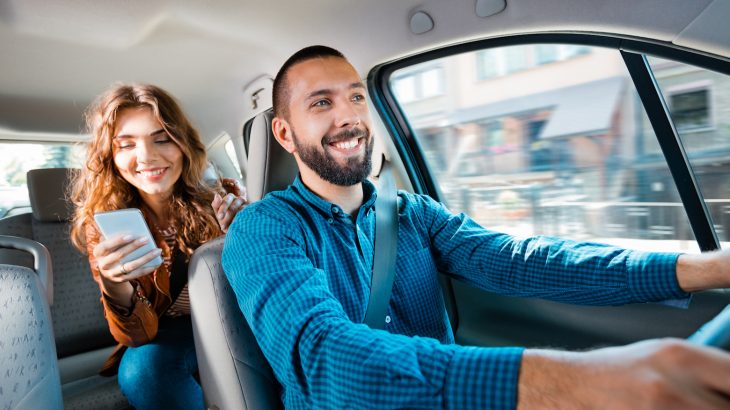 Is a ridesharing culture actually better for the environment?

Ridesharing companies like Uber and Lyft would like imagine the environmental impact of car transportation is greatly reduced.

However, according to a 2017 study by researchers at the Institute of Transportation at the University of California, Davis, calling a car on Uber or Lyft has become so cheap and convenient that more people are opting out of public transportation for ride sharing, prompting higher emissions. What are the companies doing about this?

Among other initiatives, Uber has promoted its Pool option, which the company says avoided 82,000 metric tons of emissions in 2017 alone (though this calculation assumes every Pool rider would have taken a single-occupancy car instead).

Uber is also currently encouraging drivers to use electric vehicles through a new pilot program that was launched this past June in U.S. cities like Austin, Los Angeles, Pittsburgh, Sacramento, San Diego, San Francisco, and Seattle.

The program, named the EV Champions Initiative, include new in-app features for drivers who opt for electric vehicles. One main hurdle for drivers who decide to go electric is “range anxiety”, which refers to fear that they may unexpectedly run out of charge before the arriving at their next destination with a passenger. Now drivers will be warned prior to a trip exceeding 30 minutes so they can better understand how much charge they need for the potential ride.

Also part of the new electric vehicle initiative, Uber is providing more education and resources to drivers. Since the many federal, state, and local tax incentives provided for electric vehicle drivers can be confusing, Uber is streamlining the process and making sure drivers have the most up to date information that they can potentially take advantage of. The company is also working on providing other incentives like free charging stations or money back on miles driven in an electric vehicle.

Lyft is approaching the issue of making their rides more green in a vastly different manner. Instead of solely focusing on making their fleet more green, they are committed to offsetting their carbon footprint by buying it. Lyft claims to currently be carbon neutral due to its many million dollar purchase of carbon offsets. Carbon offsets are when you can’t avoid burning fossil fuels, you pay someone else to prevent an equivalent amount of greenhouse gases from entering the atmosphere therefore offsetting the environmental damage you’ve inflicted. Lyft is purchasing enough carbon offsets to cover all of their rides, but excludes energy used for Lyft drivers roaming around waiting for a passenger and other energy expenditures of the company such as data centers and corporate offices.

However, many understandably view carbon offsets as just a bandaid for a problem that delays moves toward building infrastructure that is not dependent on fossil fuels. Lyft says the offsets are only a step toward its sustainable goals.

“The ultimate solution to the issue of carbon emissions in the transport sector is electric cars powered by renewable energy,” the Lyft spokesman said in a statement.