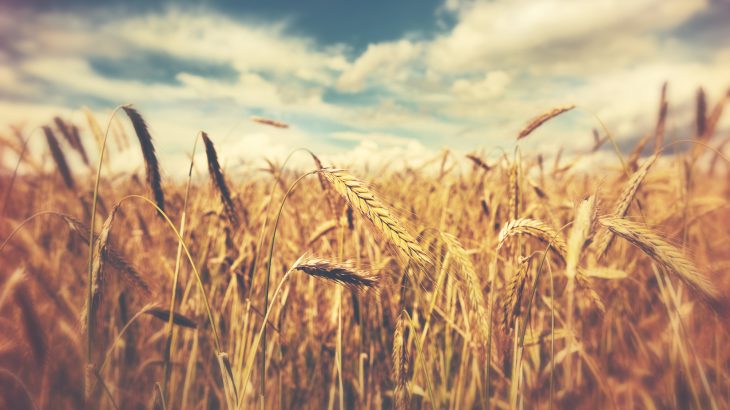 Wheat is among the world’s most important crops, as the flour generated from grinding wheat is a major ingredient in foods that are consumed all over the world – such as pasta, bread, and pastries. Because it’s such a key part of keeping people around the world properly fed, scientists have been trying to figure out how wheat crops will be affected by the consequences of climate change.

With atmospheric carbon dioxide (CO2) levels rising, experts predict increased droughts and hotter temperatures. And while these factors could negatively impact plants’ growth, increased CO2 availability may actually be helpful to plant growth, as it’s used by plants to make food through photosynthesis.

A recent report in ACS’ Journal of Agricultural and Food Chemistry indicates that significantly higher CO2 levels could increase wheat yield but may decrease nutritional quality. While previous research had shown that elevated CO2 could increase wheat yield but decreased nitrogen and protein content, scientists did not know the full range of grain quality changes that occur at different stages of wheat development, or the biochemical mechanisms behind them.

In this new research, Iker Aranjuelo and colleagues analyzed the effects of CO2 on wheat yield, quality, and metabolism during grain formation and at maturity. Their study involved growing wheat in greenhouses at normal (400 parts per million (ppm)) or elevated (700 ppm) CO2 concentrations.

Results showed that wheat grown under elevated CO2 concentrations had a 104% higher yield of mature grain. However, the nitrogen content of the grain was 0.5% lower, and there were small declines in both protein content and free amino acids. Further analysis showed that increased CO2 levels affected the amount of nitrogen-containing amino acids during grain formation and at maturity.

The researchers believe that – while the metabolic changes they found had modest impacts on final grain quality – these effects may be amplified as a result of other changes in a plant’s environment. While further research is needed, this research shows that with climate change, changes that may initially seem beneficial can also have consequences.

Image Credit: Shutterstock/A. and I. Kruk