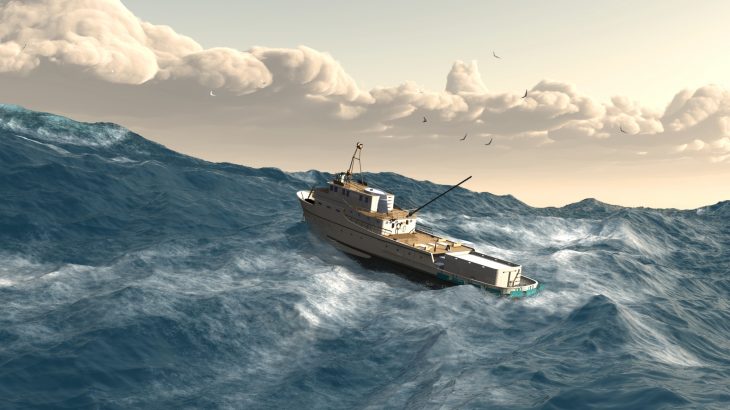 Although they’ve always existed, rogue waves have only recently begun to capture the attention of the scientific community. According to the National Oceanic and Atmospheric Administration (NOAA), scientists have only accepted rogue waves as a real phenomenon over the past few decades.

Rogue waves or “extreme storm waves” are waves that are twice as tall as the surrounding waves or sea state. They’ve been described as walls of water, and some rogue waves have been recorded as high as nearly 100 feet.

Because of their unpredictability and their tremendous heights, rogue waves are a menace to shipping vessels and have even fatally swept people out to sea.

In the first study of its kind, researchers from the University of Southampton reviewed over 20 years of data from 15 buoys placed along the US western seaboard to better understand rogue waves and what causes them.

The study was published in the journal Scientific Reports, and the researchers say the findings could help shipping industries reduce the risk of rogue waves damaging vessels and endangering the lives of crew members by knowing when and where rogue waves are more likely to occur.

“Our research can help inform these industries and suggests that if data on rogue waves is to prove useful – geographical, seasonal and year-on-year variations need to be taken into account, rather than just relying on a single value for an entire region, for all time,” said Eric Srokosz, the research supervisor.

According to the analysis, rogue waves are incredibly unpredictable, and instances of the phenomenon vary greatly depending on location and time of the year.

The data showed that in the past two decades, the frequency of rogue wave events declined, but when rogue waves did happen, the size of the wave was bigger compared to the decades prior.

Rogue waves are more common in winter and more likely to occur in calmer seas, according to the researchers.

“The occurrence of rogue waves is difficult to predict, but simply understanding when and how these rare events occur is extremely important for mariners, both in terms of ship safety and economics,” said Alex Cattrell, a lead researcher for the study.