How roundworms are able to travel backwards • Earth.com 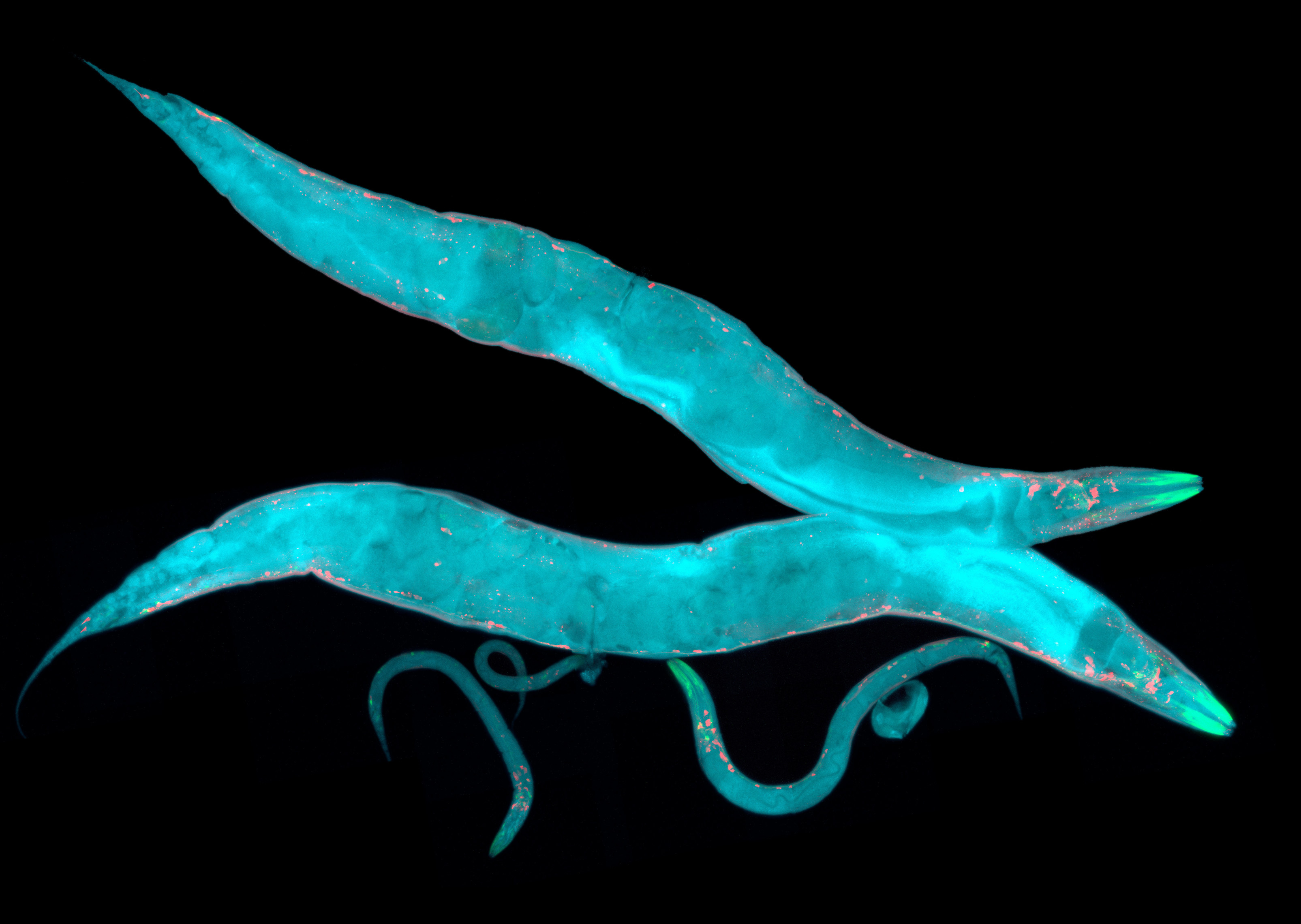 How roundworms are able to travel backwards

The slithering, wave-like movements of worms and other invertebrates are a major defining trait. Some worms, like the roundworm Caenorhabditis elegans, can even move backwards and forwards in a fluid repetitive sine-wave shape. Imagine the wave patterns in a sound frequency and you can get the idea of repetitive sinusoidal waves and roundworm movements.

Researchers from the Indian Institute of Science Education & Research conducted a study of genetically diverse worms and found that the backward movement of C. Elegans is controlled by a neuropeptide protein.

The study, published in the journal JNeurosci, shows that the proteins fluctuate in response to food availability.

Previous research had found that a long reversal movement of C. Elegans increased the likelihood that the roundworm would change directions toward a food source.

For the study, the researchers wanted to better understand the backward movements and what drove changes in direction.

The researchers studied strains of C. Elegans with varying expressions of the protein FLP-18 and its receptors NPR-4 and NPR-1.

After examining the worms, the researchers found that FLP-18 controlled backward movement by regulating sensory neurons and interneurons in a circuit.

The researchers also conducted an experiment where the worms fasted for 24 hours. This increased levels of FLP-18 and reduced the chances that the worm would change direction.

The results show what factors control the backward movement in roundworms, and shed insight on the way genetic and environmental factors influence the way an animal moves and explores its surroundings.