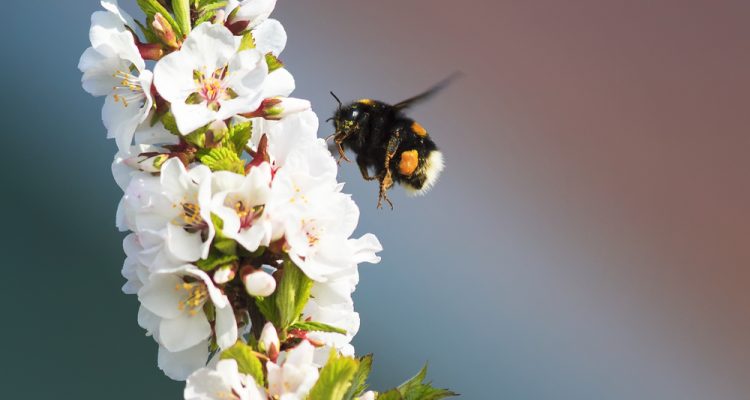 The rusty patched bumble bee has been placed on the endangered species list by the U.S. Fish & Wildlife Service.

Populations of the bee, which once thrived in the open grasslands of 28 states and two Canadian provinces, face extinction without protection under the federal Endangered Species Act. It is the first bee to be granted such protection in the continental United States.

Prairie lands in the upper Midwest and Northeast states, where populations of the rusty patched bumblebee once flourished, have grown less abundant in the face of changing climate. Scientists attribute the bee’s plummeting numbers in part to the dwindling numbers of the flowers the bees depend upon, as well as disease and parasites, the use of pesticides, and the changing or loss of habitat.

Rusty patched bumble bee numbers have dropped 87% in the last few decades, with small scattered populations now limited to 13 states and Ontario. The Fish & Wildlife Service plans to work with state and local partners to rebuild populations by restoring their habitat.

According to the Xerces Society for Invertebrate Conservation, bumblebees are essential pollinators of wildflowers and approximately one third of all U.S. crops, including tomatoes, peppers, and cranberries. XSIC says that loss of bumblebees can have “far ranging ecological consequences.” Additionally, the pollination provided by insects in the U.S., particularly bees, are valued at an estimated $3 billion each year.

Scientists have determined that a class of pesticides knowns as neonicotinoids are particularly threatening to rusty patched bumblebee populations. Commonly used on crops, lawns, and gardens, the pesticides are absorbed into a plant’s leaf tissue, nectar and pollen.

According to the International Union for the Conservation of Nature, along with the rusty patched, more than a quarter of the 47 species of bumblebees native to North America face a risk of extinction.