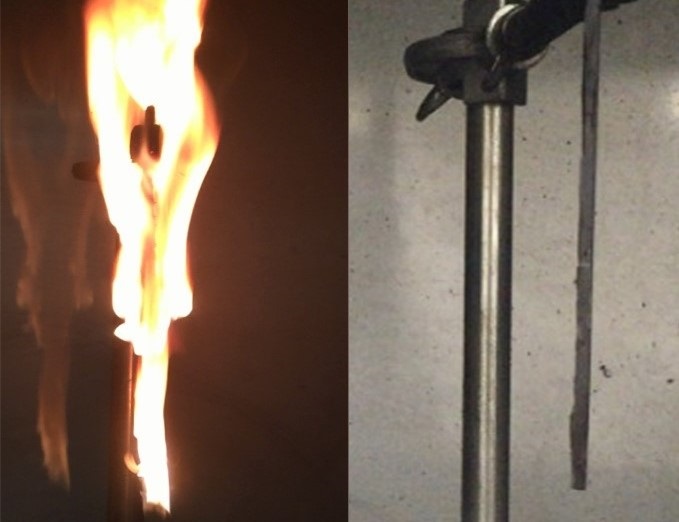 Flame retardants are used in thousands of common products to help prevent fire-related injuries and deaths. However, these chemicals are thought to be threatening to the environment as well as to human health. Organohalogens, which are derived from petroleum, are of particular concern.

In a groundbreaking new study, experts have found a way to produce flame retardants from natural plant compounds that have the potential to be much safer and eco-friendly.

“The best flame-retardant chemicals have been organohalogen compounds, particularly brominated aromatics,” said Bob Howell, who is the project’s principal investigator. “The problem is, when you throw items away, and they go into a landfill, these substances can leach into the environment.”

Most organohalogen flame retardants are very stable and cannot be degraded, which means that they can persist in the environment for many years. These chemicals are also sometimes released from household items, such as electronics, and are collected in the dust. While the health effects of exposure are largely unknown, many studies indicate that flame retardants are harmful.

“A number of flame retardants are no longer available because of toxicity concerns, so there is a real need to find new materials that, one, are nontoxic and don’t persist, and two, don’t rely upon petroleum,” said Howell. His team set out to identify compounds from plants that could easily be converted into flame retardants by adding phosphorus atoms, which are known to quench flames.

“We’re making compounds that are based on renewable biosources. Very often they are nontoxic; some are even food ingredients. And they’re biodegradable – organisms are accustomed to digesting them,” explained Howell.

In one test, the researchers demonstrated that their new flame retardants could strongly reduce the peak heat release rate of the epoxy resin, which reflects the intensity of the flame and how quickly it is going to spread. The plant-derived substances performed as well as many organohalogen flame retardants.

“As a matter of fact, they may be better,” said Howell. “Because gallic acid has three hydroxyl groups within the same molecule that can be converted to phosphorous esters, you don’t have to use as much of the additive, which reduces cost.”

The research team has not yet tested the toxicity of the compounds, but Howell said that other groups have conducted such tests on similar substances. “In general, phosphorous compounds are much less harmful than the corresponding organohalogens.”

Furthermore, the substances obtained from plants are not as volatile and are less likely to migrate from items into household dust. Howell hopes that the new flame retardants will attract the attention of a company that could help to get them on the market.

The research was presented at a meeting of the American Chemical Society.