Flame retardants have been linked to widespread hyperthyroidism in cats • Earth.com 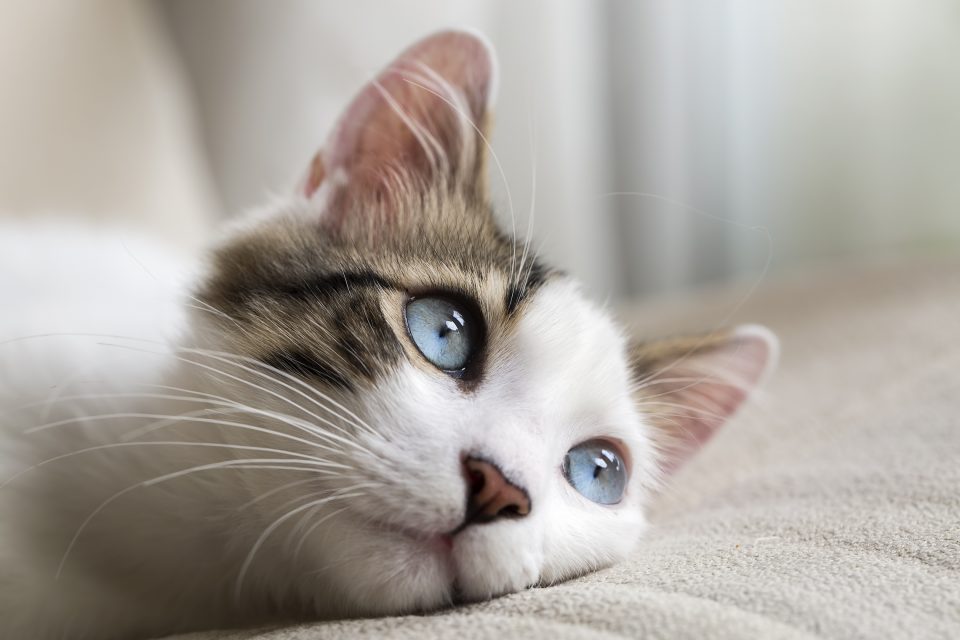 Flame retardants have been linked to widespread hyperthyroidism in cats

Since the first case of feline hyperthyroidism was diagnosed in 1979, it has become the most common endocrine-related disease found in older cats. A new study published by the American Chemical Society has finally revealed how this hormonal disorder may have grown to be so widespread among cats.

Scientists previously suspected this phenomenon could be linked to household flame retardants that were introduced in the mid-1970s. At this time, manufacturers began to put polybrominated diphenyl ethers (PBDEs) into textiles, polyurethane foam, plastics, and electronics.

In 2004, however, U.S. manufacturers started voluntarily phasing out PBDEs due to increasing environmental and health concerns. The substitutes included organophosphate esters (OPEs) such as tris(1,3-dichloroisopropyl) phosphate (TDCIPP), which is commonly used as a fire retardant in polyurethane foam made for upholstered furniture and automobile cushions.

Experts have recently begun to suspect that TDCIPPs can act as endocrine disruptors, just like PBDEs. With this in mind, a team of experts led by Kim Anderson set out to investigate a potential link between TDCIPPs and feline hyperthyroidism.

The study was focused on 78 older house cats, half with hyperthyroidism and half without, who were equipped with silicone tags. Silicone picks up volatile organic compounds, and silicone wristbands have been used in previous studies to monitor human exposure to environmental chemicals.

After the cats had worn the tags for seven days, the researchers analyzed the silicone. Higher levels of TDCIPP were detected in the tags worn by cats with hyperthyroidism. In addition, frequent TDCIPP exposure was associated with air fresheners, houses built after 2005, and upholstered furniture.