Salmon will soon swim up the San Joaquin River again to spawn • Earth.com 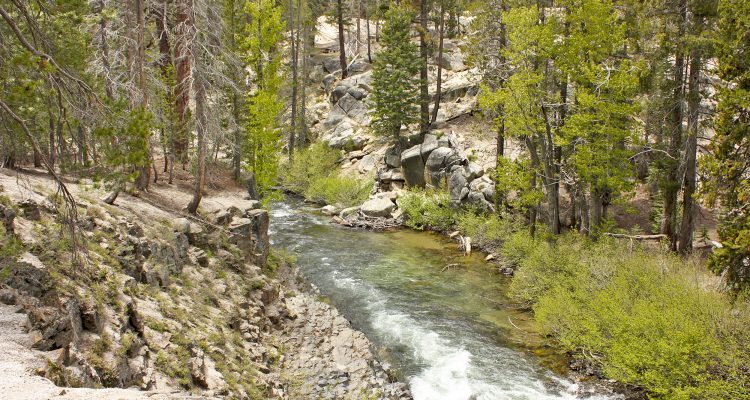 A decade ago, environmentalists and the federal government agreed to revive a 150-mile stretch of California’s second-longest river, an ambitious effort aimed at allowing salmon again to swim up to the Sierra Nevada foothills to spawn.

A major milestone is expected by the end of the month, when the U.S. Bureau of Reclamation says the stretch of the San Joaquin River will be flowing year-round for the first time in more than 60 years.

But the goal of restoring native salmon remains far out of reach.

The original plan was to complete the task in 2012. Now, federal officials expect it will occur in 2022. And the government’s original estimate of $800 million has ballooned to about $1.7 billion.

“I think we all had hoped we’d be further along,” said Doug Obegi, an attorney with the Natural Resources Defense Council, which led the lawsuit that produced the deal with the government to bring back salmon. “Restoring the state’s second-largest river was never to be a cakewalk.”

James Nickel is among the farmers in the fertile San Joaquin Valley region around Fresno questioning whether the project should go forward.

California is enduring a fifth year of drought, and many farmers have experienced sharp curtailments in water allotments from the government, leaving some fields fallow.

Nickel, a fifth-generation farmer to work land along the river, doubts the wisdom of spending money on an intricate system of passages to get salmon around the river’s many dams and siphoning off more water from agriculture.

“Most practical folks would look at it and say, ‘Impossible,'” Nickel said. “It seemed like a waste.”

Scientists say salmon are a keystone species for the region. For thousands of years, salmon spawned and died, their decomposing bodies feeding nutrients into the valley soil, helping make it one of the nation’s most prosperous farming regions.

The San Joaquin River spans 366 miles and is among the state’s most dammed rivers. It starts as snowmelt high in the Sierra Nevada Mountains, cascades down through granite canyons and fills a reservoir at Friant Dam east of Fresno.

A few miles below Friant, the river has been running dry for much of the year. At Mendota, a community about 40 miles west of Fresno, the river resumes flowing with the help of various tributaries and eventually feeds into San Francisco Bay.

Before the U.S. Bureau of Reclamation opened Friant Dam in 1949, the river teemed with up to a half-million salmon a year and was deep enough that paddleboats transporting cargo could navigate far into to the San Joaquin Valley.

The Natural Resources Defense Council in 1988 set out to revive the river, filing a lawsuit that claimed the government’s dam and irrigation channels favored commerce at the native salmon’s expense.

The battle ended in a 2006 settlement that requires farmers to give up roughly 18 percent of the water captured behind Friant Dam. It also set an aggressive schedule to bring back natural salmon runs by 2012.

“It was a longshot, to say the least, that everything would be executed on that timeline,” said Jason Phillips, who led early efforts by the U.S. Bureau of Reclamation to restore the river.

Today, he’s CEO of the Friant Water Authority, which provides water primarily from the dam to growers irrigating 1 million acres of farmland. He calls it an “open question” whether the San Joaquin can be revived as envisioned under the settlement.

He said water for farms has become even scarcer since the settlement was reached with tightening regulations. And forecasts of climate change’s impact on California’s water supply weren’t calculated into the deal, he said.

Adding complexity, officials say, in a 2012 attempt to flow the river, water seeped onto a farmer’s field, destroying his tomato crop, a broad issue that has plagued the project.

Construction has not yet begun on passages for migrating salmon to swim around two dams on a lower stretch of the river that distribute water to farmers. Design for one abruptly halted in 2013, when engineers found the ground was sinking at an alarming pace – the result of farmers pumping groundwater to irrigate.

Meantime, state wildlife officials are raising salmon in tanks on the riverbank in small numbers and trucking them past obstacles to spawn. Plans call for reviving a migration of roughly 40,000 a year once the obstacles are cleared, allowing salmon to swim on their own from the Pacific up to the base of Friant Dam.

Money is another question. The project is to be paid for through state and federal sources. Much of the federal funding, however, needs Congress’ approval each year, creating a degree of uncertainty, said Alicia Forsythe, current manager of the San Joaquin River Restoration Program for the Bureau of Reclamation.

Forsythe defended the project’s slow pace, saying officials have spent time collaborating with farmers along the river rather than simply forcing the project on them.

Rene Henery, California science director for Trout Unlimited, a party to the lawsuit, said the state lost sight of the river’s essential role in its rush to develop a vast system of dams, reservoirs and canals that spawned a thriving farm economy.

He noted other large government projects – bridges, airports and mass transit systems – often run over budget and past deadlines, but the benefits outweigh the costs in this restoration project.

The San Joaquin will help recharge the valley’s depleted groundwater supplies that have caused the land to sink and will open recreation opportunities, spurring their own economic vitality, he said.

Most importantly, he said, salmon will again migrate from the Pacific hundreds of miles inland forming a critical link between the land and sea.

“Water is the most important element for life on this planet,” Henery said. “Our rivers, they’re the vascular system of our landscape and of our societies.”